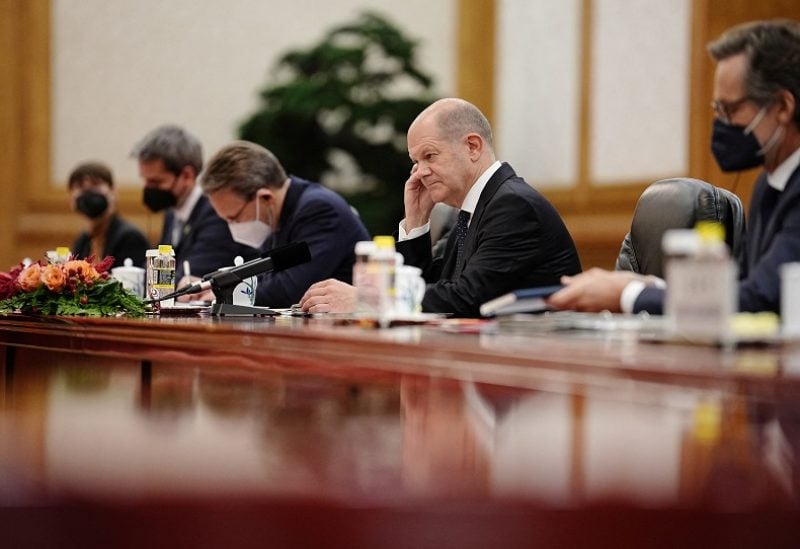 Being the first G7 leader to visit the Asian country, German Chancellor Olaf Scholz arrived in Beijing on Friday, in an effort to strengthen the economic ties between the two countries. Scholz will be meeting Premier Lo Keqaiang and Chinese President Xi Jinping during his one-day visit despite facing criticism for his government relying on China with fear of repeating the same mistake.
The visit has sparked several controversies, especially at a time when the relations between the West and China are so tense over Taiwan and human rights abuse in Beijing.
Germany’s opposition leader Norbet Roettger told Rheinische Post that Scholz’s strategy is to keep doing with China. The foreign minister of the ruling coalition, Annalena Baerbock expressed her concerns over repeating the same mistakes made with Russia in the past, for its dependency.
As Berlin struggles with its excessive reliance on Russian energy for gas supplies which left it vulnerable after Moscow shut down its taps, making Germany dependent on China.
Strong ties between Berlin and Beijing still exist. Being a significant market for Germany’s products, the partnership between the two countries is crucial.
Scholz defended his trip saying that after a long break caused by the pandemic some direct talk with China as ‘all the more important.” He continued that the controversies ‘will not be ignored and issues like human rights abuse will be discussed.
However, as per a spokeswoman for the Chinese foreign ministry stated that the nations ‘far exceed rivalry’ and that China is looking for a successful visit. The representative added that the government still opposes involvement in the internal matters of the country.
This trip might raise concerns amongst US and Europe as Xi prepares to claim his third term for the presidency.