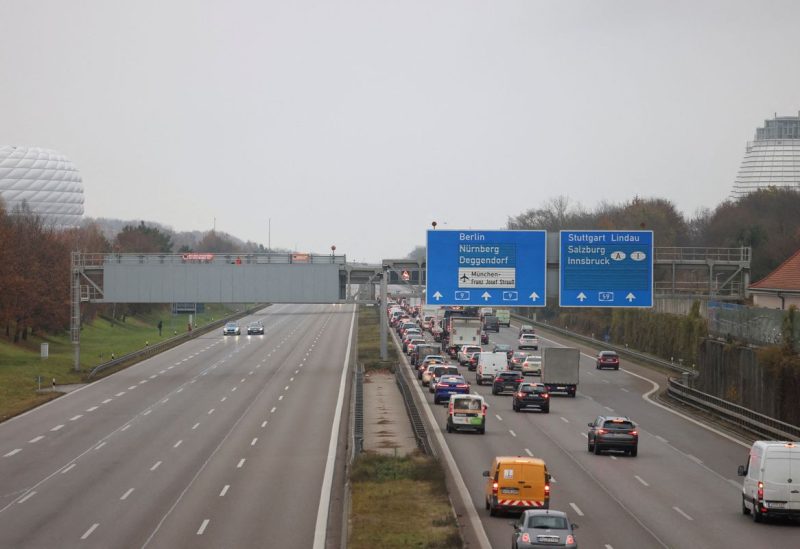 Police respond below as protesters sit on various A9 motorway sign-board structures with messages to reduce the speed limit on highways as well as for affordable public transport, outside Munich, Germany December 5, 2022. REUTERS/Lukas Barth/File Photo

Police searched 11 environmental activists’ houses across Germany on suspicion of “creation of a criminal organization,” according to a “Last Generation” group representative.

According to Lilly Schubert, who spoke to Reuters, “there is minimal link between these persons, and this is obviously an intimidation tactic.”

The prosecutor’s office in Neuruppin north of Berlin, which Schubert said was leading the investigation, was not immediately available for comment when contacted by Reuters.

Five of the people whose homes were searched were in custody at the time in the southern German state of Bavaria in connection with a separate investigation, she said. Nobody was arrested as part of Tuesday’s searches, she added.

Climate activists in Germany and elsewhere in Europe have drawn the scrutiny of authorities with increasingly bold stunts, from blockading airport runways to hurling paint at priceless paintings in museums.

German Chancellor Olaf Scholz in late October took aim at climate protesters after a demonstration by two climate activists on a Berlin motorway was blamed for slowing emergency services’ response to a traffic accident, after which a cyclist died of injuries.

German daily Welt reported that Tuesday’s investigation was in connection with suspected sabotage of an oil pipeline in Schwedt, home to the refinery which provides 90% of Berlin’s fuel, without citing sources.

Asked about a possible connection between the police searches and the pipeline, Last Generation’s Schubert said: “That is possible, we don’t know.”

The Schwedt refinery was not immediately available for comment.

Carla Hinrichs, a member of the group, said on Twitter that her home was one of the properties searched by police.

“Now what? Yes, it’s scary when the #police go through your closet. But do you seriously think we’re going to stop now?,” she said.