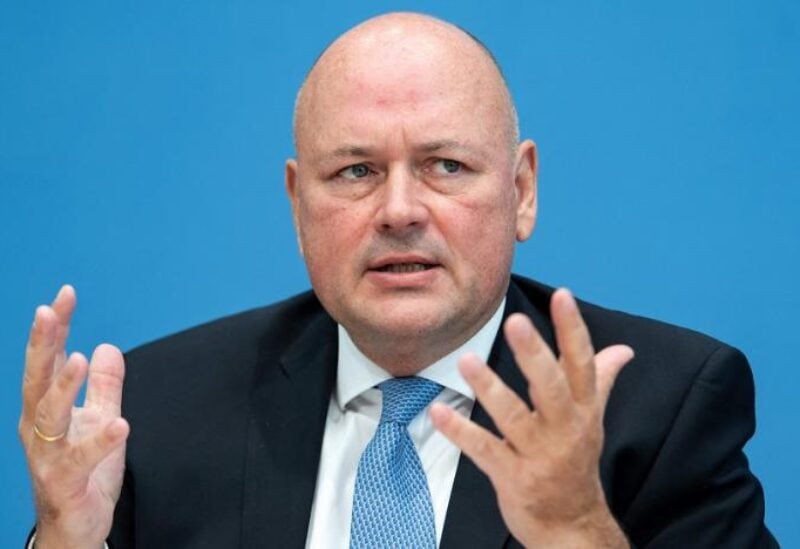 In this file photo taken on October 20, 2020 in Berlin, Arne Schoenbohm, President of the German Federal Office for Information Security (BSI) presents the Report on the State of IT Security in Germany. (AFP)

The head of Germany’s national cybersecurity agency is under scrutiny over reports of ties to Russian intelligence, officials said Monday

Arne Schoenbohm, who heads the BSI agency, co-founded a cybersecurity group a decade ago that brings together experts from public institutions and the private sector. German media reported that one of its members is a company founded by a former Russian intelligence agent.

“The Interior Ministry takes the matters reported over the weekend seriously and is investigating them comprehensively,” the ministry said in a statement.

There is growing concern in Germany that the country’s critical infrastructure might be targeted by Russia because of Berlin’s support for Ukraine. On Saturday, an apparent act of sabotage forced German rail company Deutsche Bahn to halt passenger and cargo trains across the northwest of the country for nearly three hours.

After the nearly three-hour suspension, Deutsche Bahn said the problem — a “failure of the digital train radio system” — had been resolved but that some disruptions could still be expected. It later said the outage was caused by sabotage.