German foreign minister warns Moscow could use ‘people as weapons’ 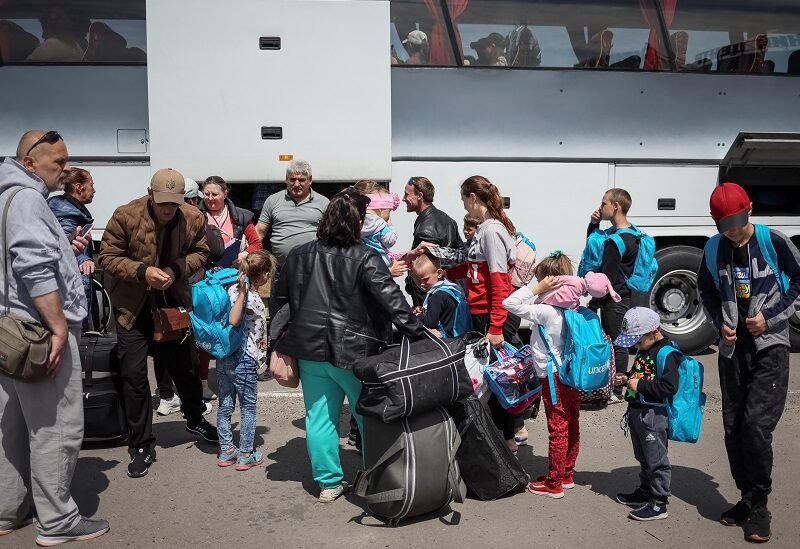 Ukrainian refugees from Mariupol region board a bus bound for Poland, at a registration and humanitarian aid center for internally displaced people, amid Russia's ongoing invasion of Ukraine, in Zaporizhzhia, Ukraine May 17, 2022. REUTERS/Gleb Garanich

As the ongoing Ukraine conflict has entered a new turn and Moscow seeks to expand its “hybrid war”, Germany’s foreign minister said on Saturday (October 15) that Russia might spark division in the West through refugees.
Annalena Baerbock at a congress of her Greens’ party said, “This war is not only waged with weapons, it is also waged with energy and for that, we have found an answer. But it will also be waged with fear and division, and that is precisely what we have to prevent.”
In reference to Serbia which she accused of letting in migrants without visas, Baerbock said: “In this situation it is clear what will be next — refugees and not refugees from Ukraine… but because this war is hybrid, other countries are also participating.”
Baerbock Germany was in talks with the Czech Republic and Slovakia on the issue. The minister stressed that there cannot be a situation “where people are being used as weapons.”
Concerns were raised by European Union about a rise in migrants using the Western Balkans (specifically Serbia) as a gateway to enter the bloc, putting the visa-free deal between the EU and Serbia under scrutiny.

Serbia’s friendly visa policies allow visa-free travel from places like India, Tunisia, etc. And it also enjoys a visa-free travel arrangement with the EU. For people, it becomes easier to travel across the EU after entering Serbia.