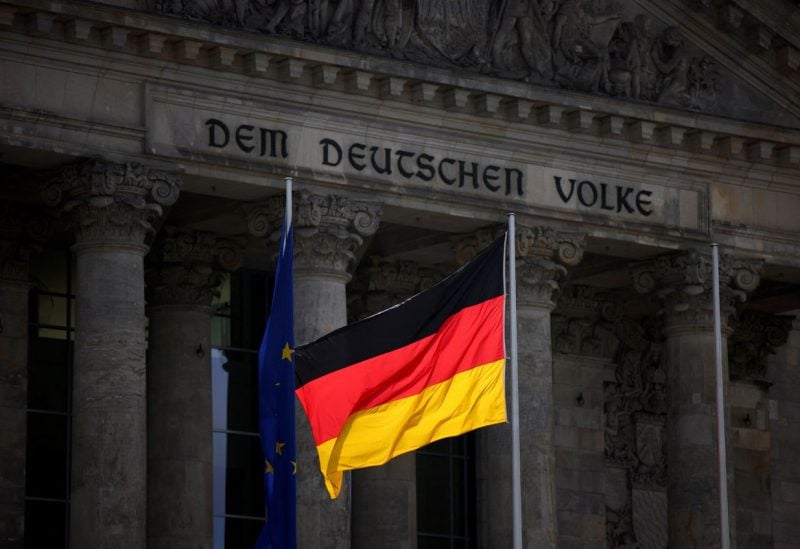 The German national flag flies in front of the Reichstag building, the seat of the lower house of the parliament Bundestag, in Berlin, Germany, April 5, 2022. REUTERS/Lisi Niesner/File Photo

Germany’s interior ministry defended a government plan to make it easier for people to apply for citizenship on Monday, despite criticism from both within the coalition and from the opposition that it would encourage illegal immigration.

The government has stated that it intends to increase immigration and training in order to address a skills shortage that is weighing on the economy at a time when an aging population is putting strain on the public pension system.

“This is a central plan of this coalition together with the clear avowal that Germany is a country of immigration,” the ministry’s spokesperson said, responding to journalists’ questions about the complaints.

“We are talking about an intention that is set out in great detail in the coalition agreement,” he told a press conference.

Interior Minister Nancy Faeser, from the Social Democrats (SPD), hopes to cut the maximum number of years a person must wait before becoming a citizen from eight to five, and lift restrictions on dual nationality.

German language requirements for citizenship would also be eased for members of the so-called Gastarbeiter generation, many of them Turkish, who came to Germany in the 1950s and 60s as migrant workers.

The draft could go through changes as it heads to other government departments for consultations in the coming days, after which it must be approved by the three-party cabinet and then put to lawmakers in the Bundestag parliament.

The secretary-general of the FDP, the junior partner in coalition with the SPD and environmentalist Greens, has spoken out against the plan. In an interview with the Rheinische Post, Bijan Djir-Sarai questioned its timing while decrying a lack of progress on deportations and combating illegal migration.

The conservative opposition has also criticised the ministry’s proposal, with Alexander Dobrindt of Bavaria’s CSU party telling the Bild newspaper that the reforms would have a “pull effect for illegal migration”.