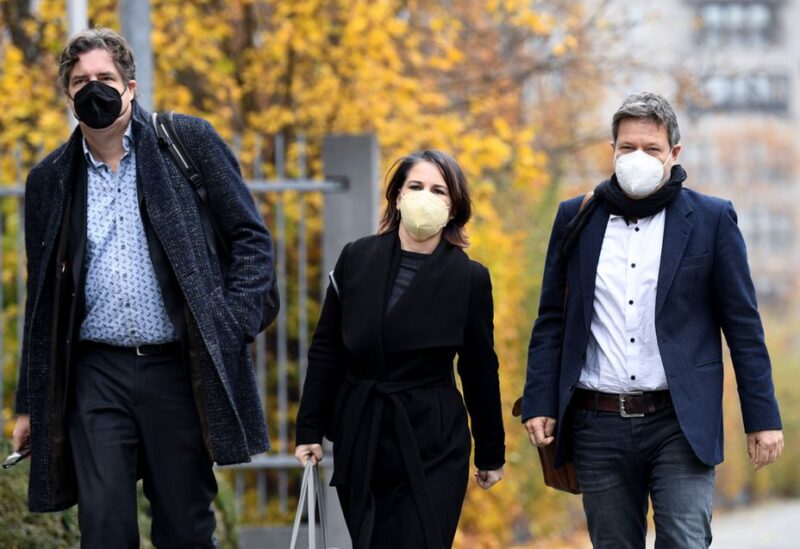 The three parties trying to form Germany’s next government have made progress in negotiations and aim to present a coalition agreement next week, senior party officials said on Tuesday.

The centre-left Social Democrats (SPD), the Greens and the business friendly Free Democrats (FDP) hope to forge a governing coalition following a Sept. 26 election in which no party won enough seats to govern alone in Germany, Europe’s biggest economy.

Michael Kellner, a senior Greens lawmaker, told reporters in Berlin that negotiators would continue talks this week and next.

“Thoroughness comes before speed,” he said, but voiced optimism about an agreement being reached next week.

Lars Klingbeil, the SPD’s general secretary, said there was still work to be done to bridge some policy gaps but added: “We’ll get this done, I’m firmly convinced of that.”

Volker Wissing, the FDP’s general secretary, was also upbeat on the prospects for securing a deal.

The pro-spending Greens and the fiscally conservative FDP come from opposing ends of the political spectrum.

While the Greens and the SPD are seen as progressive ideological bedfellows, the FDP have historically been closer to Germany’s conservatives.

The Greens and the FDP are at odds over how to finance an expansion of renewable energies and how to bring forward an exit date for coal-fired power plants to 2030 as Germany eyes a faster transformation towards a carbon-neutral economy.

One policy proposal on which the three are expected to agree easily is legalising cannabis.

Under this timeline, Merkel’s tenure would end days short of the late Helmut Kohl’s record as longest-serving post-war chancellor.