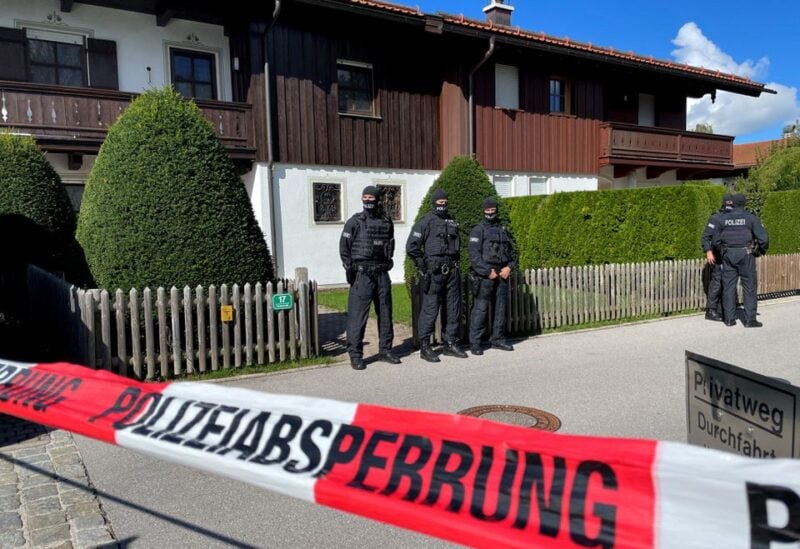 German police secures the area after they raided the lakeside residence of Russian oligarch Alisher Usmanov in the southern state of Bavaria, along with several other properties in Rottach Egern, Germany, September 21, 2022. REUTERS

On Wednesday, German police searched the lakeside mansion of Russian tycoon Alisher Usmanov in the southern state of Bavaria, as well as numerous other properties, as part of an investigation into alleged sanctions violations and money-laundering.

Authorities were searching Usmanov’s home in Rottach-Egern, near the Tegernsee, according to two persons familiar with the situation.

According to Forbes, the 69-year-old is the subject of two different investigations into his finances in Germany. He is engaged in a variety of business areas and has a net worth of $14.6 billion.

A statement from the prosecutor general’s office in Frankfurt said raids had targeted a Russian businessman suspected of having used his “extensive and complex network of companies and corporations” to disguise the origins of several transactions of funds between 2017 and 2022.

The transactions are believed to have amounted to a multi-digit-million-euro sum, said the statement, which did not name Usmanov.

The Munich state prosecutor said earlier Wednesday that comprehensive raids were carried outat the residence of a Russian citizen and four other suspects, also without naming Usmanov.

The Russian national is suspected of having tasked a security company with observing properties in Upper Bavaria financially linked to him even after he was added to the European Union sanctions list, the prosecutor’s statement said.

His payment to that security business is likely to have violated a prohibition on the use of frozen money, according to the report.

The tax evasion raids against Usmanov were originally reported by German stations BR and MDR, who was put to the Western sanctions list following Russia’s invasion of Ukraine on February 24.

Usmanov’s team did not react quickly to a request for comment on the raids from Reuters.