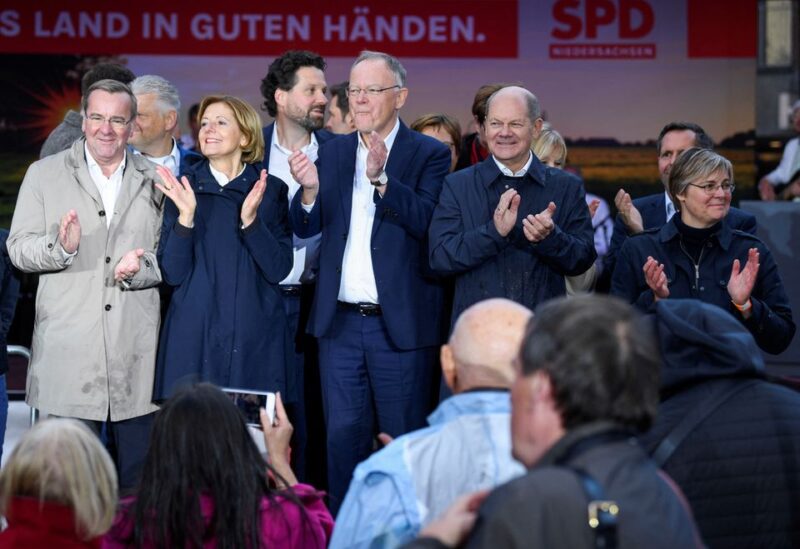 In an effort to avert energy shortages and an escalation in the Ukraine war, a referendum in the German state of Lower Saxony on Sunday will test public opinion of the ruling coalition of Chancellor Olaf Scholz.

In the economically significant swing state with 8 million residents and home to the automaker Volkswagen, topics like the greatest inflation in decades have dominated the campaign. Security was in the news on Saturday after sabotage disrupted rail service in Lower Saxony and other parts of northern Germany.

Polls had put Scholz’s centre-left Social Democrats (SPD) on between 31% and 33 %, suggesting they were on track to land less than the 37% they got in the 2017 election but still retain power, partly thanks to the popularity of incumbent premier Stephan Weil.

That would provide a boost for the SPD, which lost the two previous regional votes to the opposition conservatives of former Chancellor Angela Merkel and has slumped in polls to 18-20% at national level after scoring 25.7% in the 2021 federal election.

But the election – the last regional vote this year – is expected to deliver a mixed message on support for the three-way “traffic light” federal coalition, given the diverging fortunes of the two junior partners.

Exit polls will be published as voting closes at 6 p.m. (1600 GMT) on Sunday, before official results start to be announced from 6:30 p.m.

The Greens, whose ministers are the most popular politicians in Scholz’s cabinet, are on track to double their share of the vote to between 16% and 19% – enabling the SPD potentially to ditch their local coalition partners the conservatives and hook up with the environmentalist party instead.

But the pro-business Free Democrats (FDP), which are not a natural fit with the Greens and SPD, risks failing to even reach the 5% hurdle to enter parliament, according to polls.

The party is suffering from being often seen as putting the brakes on popular government programmes due to its focus on fiscal rectitude, said Philipp Koeker, political scientist at the University of Hanover, the capital of Lower Saxony.

“The FDP could become even more of a difficult partner in the coalition if they fail to enter the state parliament,” Koeker said.

Meanwhile the far-right Alternative for Germany looks set to nearly double its share of the vote to around 10% in Lower Saxony, reflecting a surge at national level as it benefits from growing frustrations with the political establishment’s management of the economic crisis.