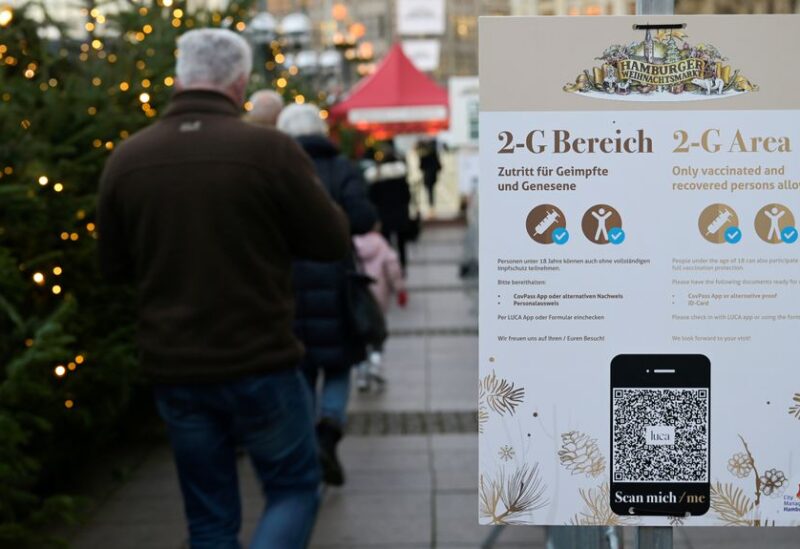 Germany’s health minister called on Tuesday for further restrictions to contain a “dramatic” surge in coronavirus cases as the country’s infection rate hit a record high and the United States advised against travel there.

The seven-day incidence rate – the number of people per 100,000 to be infected over the last week – hit 399.8 on Tuesday, up from 386.5 on Monday, data from the Robert Koch Institute (RKI) for infectious diseases showed.

Health Minister Jens Spahn called for more public spaces to be restricted to those who were vaccinated or recently recovered from COVID-19 and also had a negative test, in a bid to contain Germany’s fourth wave.

Spahn did not rule out lockdowns, although he said this would be decided region by region. Some regions such as the hard-hit Saxony and Bavaria are already taking measures such as cancelling Christmas markets.

“The situation is not only serious, in some regions in Germany it is now dramatic,” Spahn told German Radio. “We are having to move patients around as the intensive care units are full and that doesn’t just affect COVID-19 patients.”

With Germany grappling with concerns about supply of the Biontech/Pfizer (PFE.N) vaccine, the company brought forward the delivery of one million doses originally planned for December, Spahn told health ministry officials on Monday, according to two government sources.

That would enable it to deliver 3 million instead of 2 million doses next week as people rush to get booster shots and appointments at vaccine centres are booked out.

Whether it would affect the total number of vaccines assigned to Germany for the rest of the year remained to be decided, the sources said.

The surge in cases in Germany, and in neighbouring Denmark, prompted the U.S. Centers for Disease Control and Prevention (CDC) on Monday to advise against travel to the two countries, raising its travel recommendation to “Level Four: Very High”.