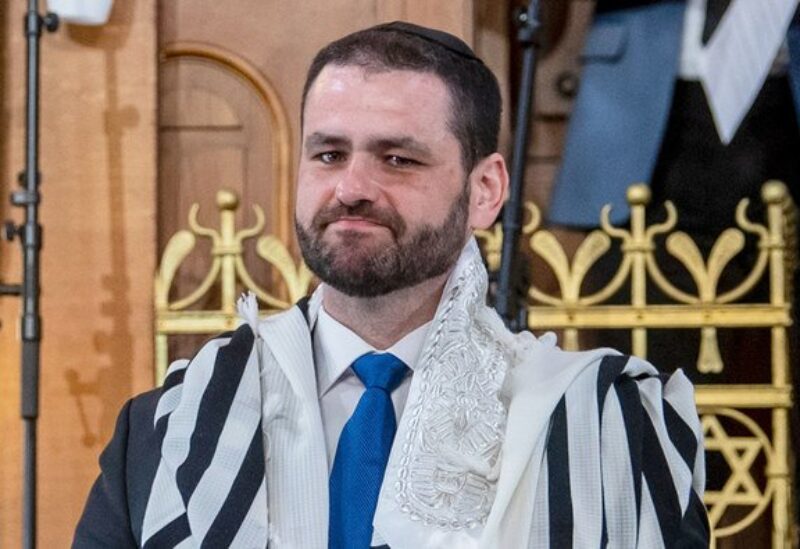 Zsolt Balla, a Hungarian-born rabbi, was ordained as the German military’s first rabbi in over a century on Monday in a synagogue in Leipzig.

In 2019, the German government agreed to reinstate religious counseling for Jews serving in the armed forces, as proposed by the Central Council of Jews.

Josef Schuster, the head of the Central Council, remarked, “This was inconceivable for decades and still can’t be taken for granted.” “That is why we have every cause to be grateful and happy today.”

During World War I, many Jews fought for Germany and dozens of rabbis are known to have performed pastoral work in the military. After Adolf Hitler’ came to power in 1933, the Nazis excluded Jews from all spheres of public life, later murdering millions in the Holocaust.

Schuster said Balla would ensure Jewish soldiers can serve in the military in line with their religious rules, and also teach non-Jewish soldiers about Judaism’s traditions and holy days, thereby helping reduce prejudice.

The 42-year-old rabbi, who was ordained in 2009, expressed his thankfulness for being able to live in a country that acknowledges its history while also resolving to move forward and actively improve the world.

According to the German news agency dpa, Germany’s 180,000-strong Bundeswehr has roughly 300 Jews. Approximately half of the country’s military is Christian, while 3,000 are Muslim.

Only Catholic and Lutheran chaplains served in the German army, and there are plans to add Muslim religious counseling in the future.