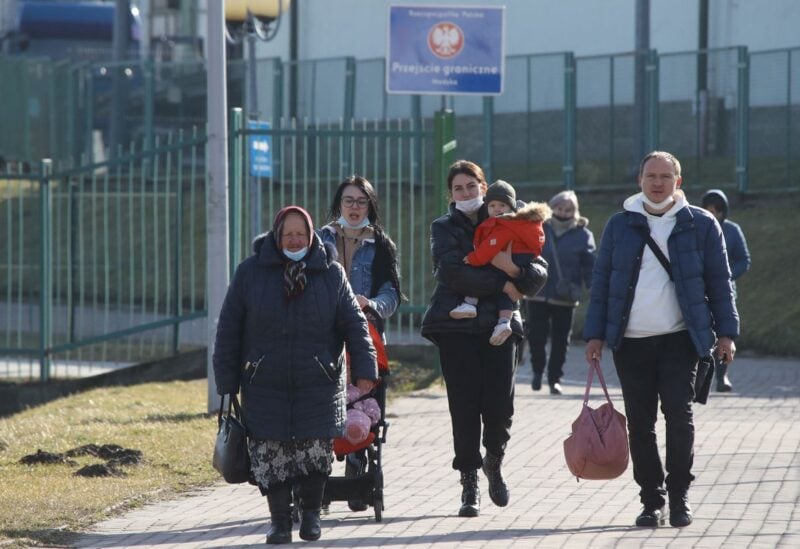 Germany will offer support to Poland and other countries in eastern Europe facing an influx of refugees after Russia invaded Ukraine, and is prepared for all scenarios, Interior Minister Nancy Faeser said on Thursday.

Prior to the invasion, German media cited estimates that between 200,000 and a million Ukrainians could flee to the European Union in a war. Poland is ready to accept migrants and has prepared hospitals and a train to transport Ukrainians wounded in the assault, its government said.

Germany had been in touch with the Polish government and the European Commission, Faeser told journalists.

She said no major refugee movement had been seen in neighbouring countries or in the direction of Germany, adding that Poland had not asked yet for additional support to accommodate refugees.

Germany was talking to the European Council on whether to trigger a law that would offer Ukrainians an unbureaucratic way to receive temporary protection in the European Union, she said.

The German Association of Towns and Municipalities called on the federal government to involve them in accommodating Ukrainian refugees, adding that Germany must prepare quickly.

“This can’t just happen when the people are here. And above all, they won’t stay for only three weeks,” the association’s general manager Gerd Landsberg told the Stuttgarter Zeitung.

Berlin Mayor Franziska Giffey told news outlet rbb 24 that the German capital was preparing for the arrival of refugees.

Interior Minister Faeser also said that German security authorities had stepped up protective measures against possible cyber attacks but that there were no concrete indications of such attacks against German entities at the moment.