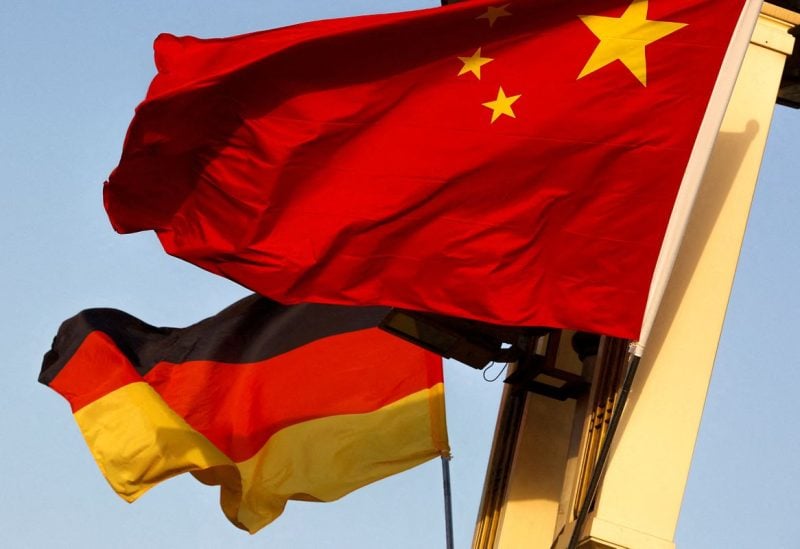 German and Chinese national flags fly in Tiananmen Square ahead of the visit of German Chancellor Angela Merkel in Beijing, China, May 23, 2018. REUTERS/Thomas Peter/File Photo/File Photo

Germany’s foreign ministry intends to tighten the rules for companies with significant exposure to China, requiring them to disclose more information and possibly conduct stress tests for geopolitical risks, according to a confidential draft document obtained by Reuters.

“The aim is to change the incentive structure for German companies with market economy instruments so that reducing export dependency is more attractive,” said the document, singling out the chemicals and car industries.

A spokesperson for the foreign ministry declined to comment.

The draft, drawn up by the foreign ministry led by the Greens’ Annalena Baerbock, still has to be agreed by other ministries. A final decision on the China strategy is expected early next year.

However, the relationship has come under close scrutiny since Russia’s invasion of Ukraine in February, which led to the end of a decade-long energy relationship with Moscow and caused numerous companies to ditch their local businesses.

“We must not make this mistake again. This is the responsibility of politicians and companies,” said the document.

Among the steps outlined in the 65-page paper, some of which have already been reported, is a tightening of rules for firms active in China to ensure geopolitical risks are accounted for.

“We aim to oblige companies particularly exposed to China to specify and summarize relevant China-related developments and figures, for example in the form of a separate notification obligation, on the basis of existing disclosure requirements,” said the document.

“On this basis, we will assess whether affected companies should conduct regular stress tests in order to identify China-specific risks at an early stage and take corrective measures.”

Investment guarantees will face greater scrutiny to take account of the environmental impact, work and social standards and to avoid forced labour in the supply chain, said the document. To avoid cluster risks, investment guarantees should be limited to 3 billion euros per company per country, it added.

The government also plans to tighten export credit guarantees to avoid unwanted technology transfer, in particular sensitive dual-use technologies and those that can be used for surveillance and repression, said the document.

The new strategy, pushed hard by the Greens in the coalition, led by Social Democrat Scholz but also including the pro-business Free Democrats, marks a departure from Berlin’s policies under former conservative Chancellor Angela Merkel.