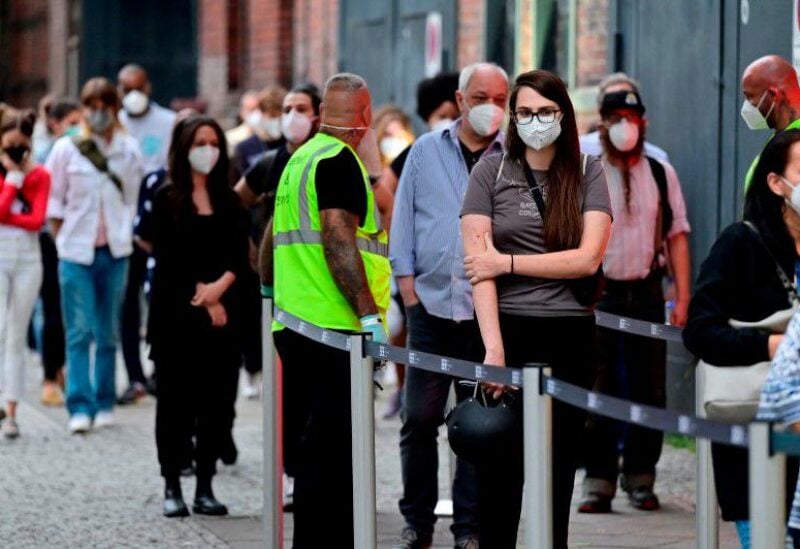 On Thursday, Germany recorded a record 50,196 new cases of coronavirus, the fourth day in a row that the country has set a new daily high, as a fourth wave of COVID-19 infections sweeps the country.

According to the Robert Koch Institute public health authorities, the overall number of verified coronavirus cases is now 4.89 million, with total deaths increasing by 235 to 97,198.

The coronavirus seven-day incidence rate – the number of people affected per 100,000 in the previous week – increased to 249 from 232 on Wednesday, according to the institute.

Reinhard Sager, the president of the association of German local authorities (DLT), called on the catering and event industry to more strictly check that customers are tested, vaccinated or recovered from the virus.

“The concern about losing potential customers should be significantly less than the concern about the consequences that threaten if they continue to do too little to fulfil the control obligations,” Sager told the Rheinische Post newspaper.

The three German parties in talks to form a coalition government by early December have agreed not to extend a nationwide state of emergency, despite the wave of infections.

Instead, they presented a draft law on Monday that would amend existing legislation to allow for measures such as compulsory face masks and social distancing in public spaces to continue to be enforced until next March.

The draft law is due to be presented to the Bundestag lower house of parliament on Thursday and voted on in a special session a week later.

The parties are also considering allowing employers to impose a requirement for their staff to be vaccinated, recovered or tested negative for coronavirus, Dirk Wiese, the deputy parliamentary leader of the Social Democrats, told ARD television.