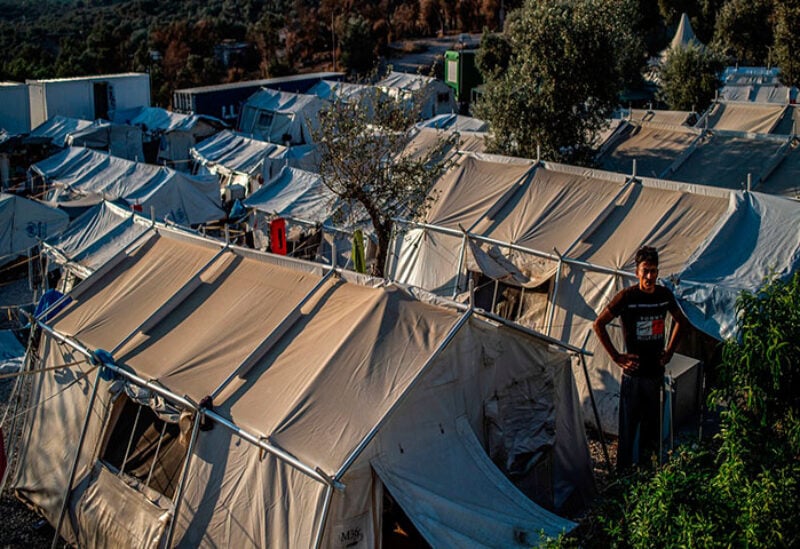 Germany said its scheme to take in refugees from Greek islands had ended on Thursday as the last 103 people arrived more than six months after a fire destroyed the Moria camp.

A total of 2,765 people were offered a home in Germany in a program which was expanded after the Moria blaze last September.

But Berlin is facing criticism for ending the scheme while many migrants are still living in a crowded camp in Greece which has been described as “Moria 2.0”.

“Ending this process is an act of irresponsibility towards all those who are left behind on the islands without any prospects of protection or safety,” said Guenter Burkhardt, the executive director of pro-migration group Pro Asyl.

The group called for the program to be extended to include more of the migrants stranded in Greece after fleeing Syria and Afghanistan.

Germany’s actions initially raised hopes in the camp but then led to disappointment, it said. “Germany and other EU states cannot keep tolerating the permanent violation of the human rights of asylum seekers in Greece,” the group said.

The Refugee Council of Lower Saxony criticized the German government for congratulating itself on the scheme when it said “we have kept our word”.

“It’s not about whether we’ve kept our word, which is easy when you only promise to take in embarrassingly small numbers of people,” the council said.

“It’s about finally evacuating all the people from the catastrophic camps on the borders of Europe.”

A youth wing of the Social Democratic Party, which is part of Angela Merkel’s coalition government, said thousands of people were still living in inhumane conditions in Greece.

“We’re sticking by our call to evacuate them now,” the group said. “Germany has enough safe havens.”

Germany’s interior ministry said the final flight had landed in Hannover on Thursday with 103 people on board.

There were 21 families, made up of 48 adults and 55 children. They will go to live in 12 separate states in Germany.

“The admission of 2,750 men, women and children from the Greek islands has been completed,” said German Interior Minister Horst Seehofer.

“I hope that other EU countries will also promptly honour their commitments, it’s about the credibility of European co-operation.”

Germany said it had accounted for more than half of the migrants taken in under a scheme organised by the European Commission.

“At this time, no further admissions from Greece are planned,” the German government said.

EU nations including the Netherlands and Luxembourg, as well as Switzerland, have taken in migrants from Greece.

After the Moria fire, the German government announced it would take in another 1,553 migrants stranded on Greek islands.

The issue of migration has been a flashpoint during Mrs Merkel’s term in office after she opened Germany’s doors during the 2015 refugee crisis.

Her decision spurred the rise of the far-right Alternative for Germany (AfD) party, which entered parliament for the first time in 2017.

Mrs Merkel is not running for a fifth term in office when Germany goes to the polls at a general election in September.