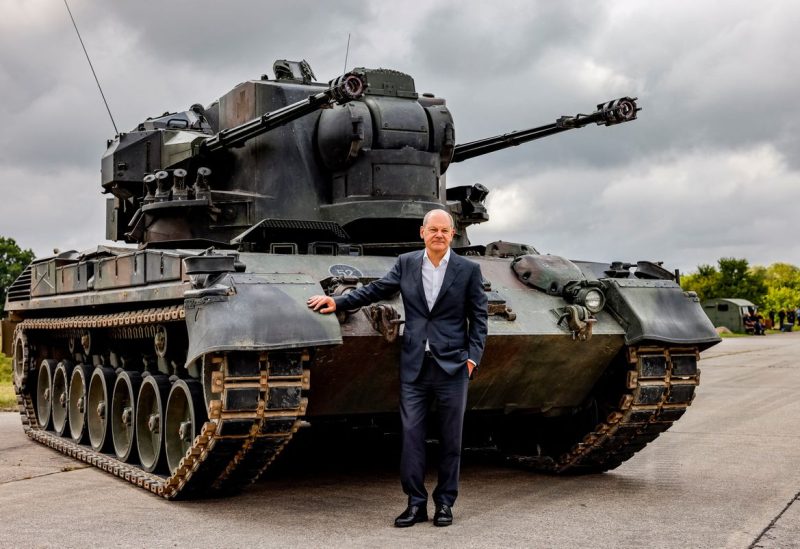 German Chancellor Olaf Scholz poses in front of a German self-propelled anti-aircraft gun Flakpanzer Gepard during a visit of the training program for Ukrainian soldiers on the Gepard anti-aircraft tank in Putlos near Oldenburg, Germany August 25, 2022. Axel Heimken/Pool via REUTERS

A German official website claims that Germany is prepared to send seven Gepard tanks to Ukraine, in addition to the 30 air defense tanks that are already being used to combat the Russian army.

The seven Gepard tanks, originally destined for the scrap heap, are currently being repaired by Munich-based arms manufacturer Krauss-Maffei Wegmann and are expected to arrive in Ukraine in the spring of 2023, according to Spiegel magazine, which broke the initial news of the number of additional tanks (KMW).

The government did not say when it planned to deliver the tanks, which it said have come from manufacturers’ stocks and whose deliveries in some cases depend on repair measures or production still being ongoing.

The German government also aims to send more ammunition for the Gepards along with the additional tanks, Spiegel reported.

Supply of ammunition for the Gepard has proven problematic as Switzerland, which has stocks of ammunition, refuses to supply it, citing its neutral status.