Germany to withdraw troops from Mali by 2024 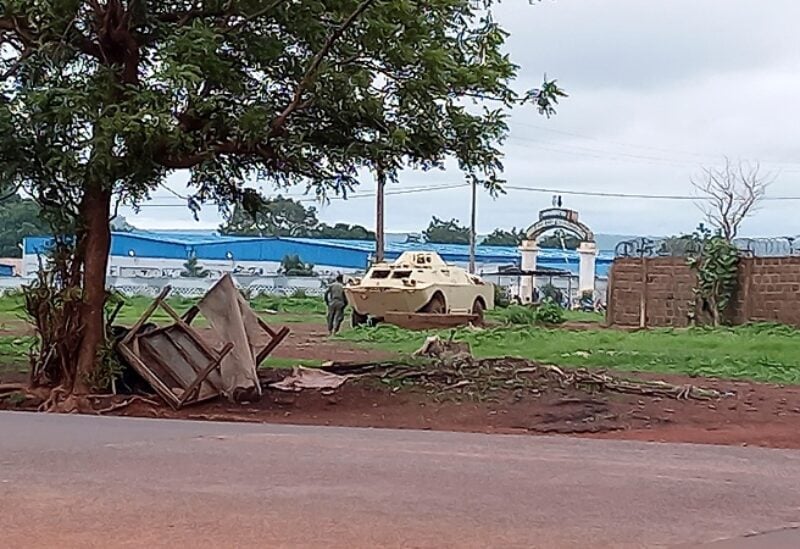 An armoured personnel carrier is seen at the main military base after heavy gunfire was heard early on Friday, in Kati, outside the capital Bamako, Mali July 22, 2022. REUTERS/Fadimata Kontao NO RESALES. NO ARCHIVES

The German government’s spokesman Steffen Hebestreit said in a statement on Tuesday, that his country is planning to start pulling back troops from Mali in summer 2023 and complete the withdrawal a year later.
The West African nation has been fighting a jihadist insurgency for more than a decade.
Over 1,000 German troops have been deployed in Mali near the northern town of Gao. They were tasked with gathering reconnaissance for the UN peacekeeping mission MINUSMA.
A ‘structured end’ to Germany’s mission in Mali
The government is proposing to parliament that Germany’s commitment to the MINUSMA operation be extended “in May 2023 for the last time by a year, in order to bring this mission to a structured end after 10 years,” Hebestreit said in a statement.
The German press agency dpa earlier reported that ministers agreed in a meeting on Tuesday to start an “entry into exit” plan from next year.
The withdrawal should be completed by May 2024, dpa and Der Spiegel reported.
DW’s chief political correspondent Nina Haase said the decision “doesn’t come as a surprise,” especially after France and Britain announced withdrawing their troops from Mali.
Haase said that German politicians have debated the issue “very heavily” since France’s withdrawal. German Foreign Minister Annalena Baerbock was keen on keeping the mission operating in Mali to support the Malian people and civil society.
But ultimately, the government reached the decision to pull out troops as to not risk their lives, particularly with lack of support from the Mali’s ruling military junta.
Haase said the length of Berlin’s pullout plan is an apparent compromise as “no one wants a chaotic withdrawal.”
Mali’s close relationship with Russia
Another source of tensions between Berlin and the Malian government, which rose to power in a 2021 coup, is Bamako’s close ties with the Kremlin.
In August, Malian Defense Minister Sadio Camara paid tribute to what he called his country’s “win-win partnership” with Moscow upon the receipt of another batch of Russian-manufactured combat jets and helicopter gunships.
Hundreds of mercenaries from the controversial Wagner Group are also operating in Mali alongside the West African country’s domestic forces. The Wagner Group is a Russian private military company funded by an oligarch close to President Vladimir Putin.
According to a Wall Street Journal investigation, the Wagner mercenaries in Mali have been accused of involvement in at least six massacres since March.