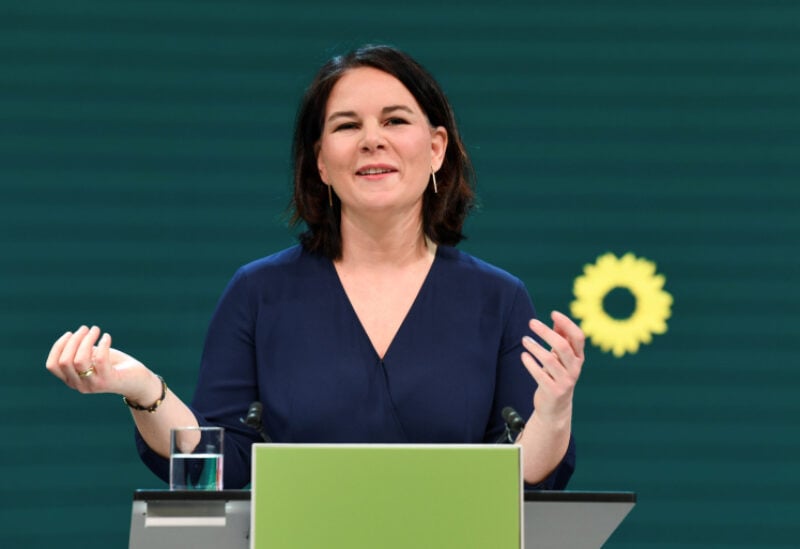 Germany must increase pressure on Russia following its military buildup at the Ukrainian border and strive for a policy of “dialogue and toughness” towards China, the Greens chancellor candidate Annalena Baerbock said in a newspaper interview.

Baerbock announced on Monday that she would run to become chancellor at the Sept. 26 election, the first time the left-leaning ecologist party has sought the top job in its 40-year history.

The Greens have seen their support increase over the past year to within only a few points of Chancellor Angela Merkel’s conservatives, with one poll earlier this week indicating that the ecologists are even overtaking the conservative CDU/CSU alliance.

Baerbock told Frankfurter Allgemeine Sonntagszeitung, in an interview on foreign policy, that the most important thing now was “to increase the pressure on Russia” after its recent military threats near the border with Ukraine.

She reiterated a demand presented in the Greens’ election manifesto earlier this year that said political support for a second German-Russian gas pipeline under the Baltic Sea, which has almost been completed, should be withdrawn.

Regarding the Ukrainian government’s wish to join the European Union and NATO, she said sovereign states could decide their alliances for themselves, but added that for now it was more important to reach a de-escalation in the region.

Turning to China, Baerbock said Beijing was too big to simply cut off relations. Still, liberal democracies must uphold their values which means Europe could, for instance, think about banning certain products, she said.

“We can say: products from forced labor do not come onto our market,” Baerbock said.

In the event of security concerns, the EU could also limit cooperation with Chinese electronics providers, she added.