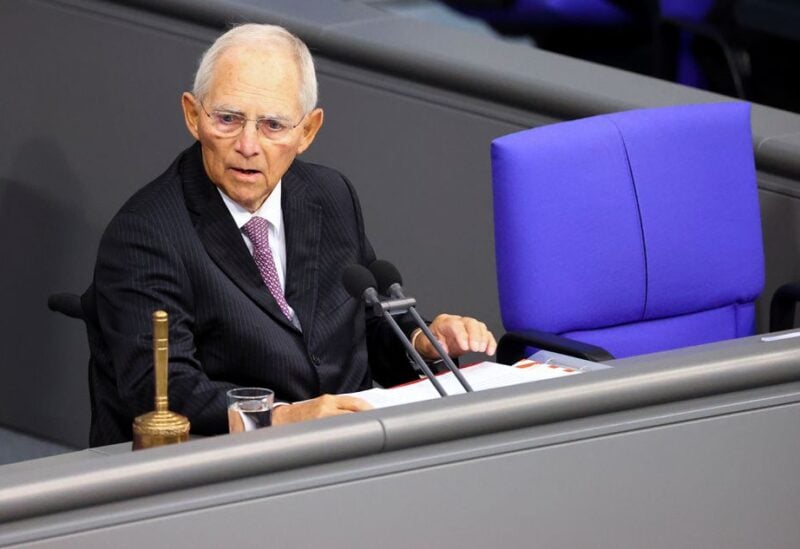 The prospect of nuclear conflict with Russia hangs over Europe, and Germany should help pay for France’s nuclear weapons, German political veteran Wolfgang Schaeuble said in an interview that was published on Saturday.

Schaeuble, a former finance minister and member of the German parliament for 50 years, told the newspaper Welt am Sonntag, “One thing is clear to me: we need nuclear deterrence at the European level as well. Putin’s collaborators are threatening a nuclear strike every day.”

France has such weapons, he said, adding: “In our own interest, we Germans must make a financial contribution to the French nuclear force in return for a joint nuclear deterrent.”

The conservative, who has long been a passionate supporter of European integration, became a European household name during the 2012 eurozone debt crisis, when fans hailed him as a guardian of fiscal rectitude even as opponents accused him of imposing damaging austerity on Greece and other indebted countries.

Asked whether his proposal would give Berlin a say on using nuclear weapons, the former conservative minister said France and Germany would have to come to an agreement as neighbours and NATO partners.

Russia’s invasion of Ukraine has triggered the most serious crisis in relations between Moscow and the West since the 1962 Cuban Missile Crisis, when many people feared the world was on the brink of nuclear war.

France – one of three NATO members with nuclear weapons, alongside the United States and Britain – has around 300 nuclear warheads in its arsenal, according to the Stockholm International Peace Research Institute (SIPRI).