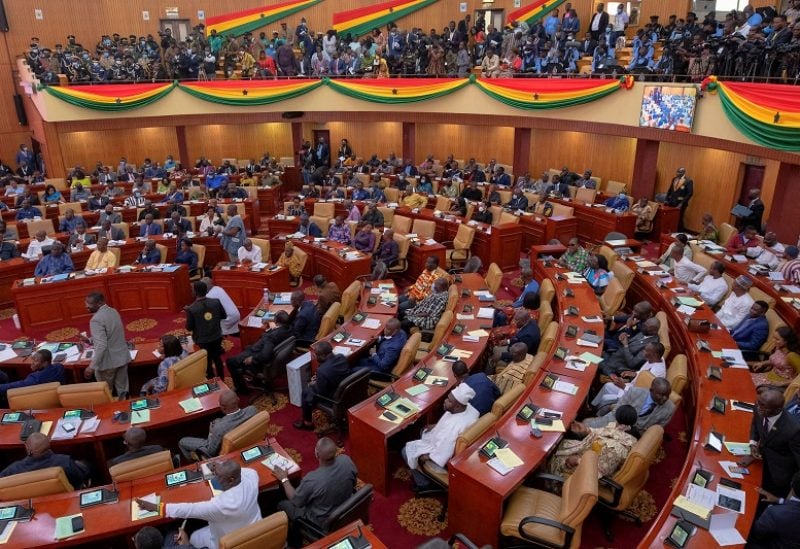 FILE PHOTO: Parliamentarians and members of the public listen as Ghanaian President Nana Akufo-Addo delivers his annual state of the nation address to the parliament in Accra, Ghana, March 30, 2022. REUTERS/Francis Kokoroko/File Photo

The International Monetary Fund announced on Tuesday that it had reached with Ghana an agreement on a $3 billion loan line. The West African nation has experienced a dramatic decrease in its cedi currency since the beginning of the year, as well as inflation of more than 40% and rising debt.
According to the IMF statement, the government of Ghana has committed to “a wide-ranging economic reform programme” that would restore stability and debt sustainability.
The IMF’s board will ratify the three-year financing arrangement.
The situation prompted President Nana Akufo-administration Addo’s to change course early this year and request assistance from the IMF after experts warned the nation ran the risk of missing debt payments.
In order to relieve a payment pressure, the administration has already announced a domestic debt exchange.
Ghana, a major producer of cocoa and gold, also has oil and gas deposits, but its debt service costs have skyrocketed, and like the rest of sub-Saharan Africa, it has been severely impacted by the effects of the Covid epidemic and the Ukraine conflict.