Ghannouchi: Assault on female MP ‘a heinous and unacceptable act’ 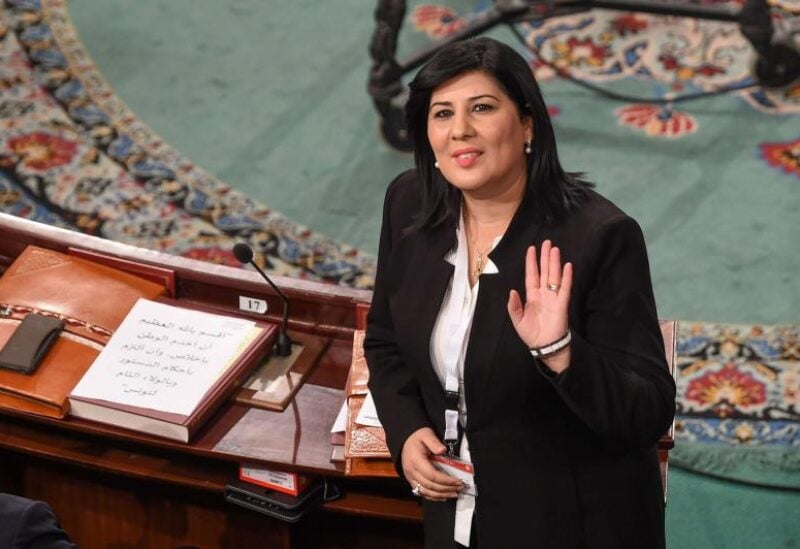 ”Heinous, unacceptable and irresponsible act”, this is how the Tunisian Parliament Speaker Rached Ghannouchi described the attack on the Head of the Free Destourian bloc in Parliament Abir Moussi,

Independent MP Sahbi Samara assaulted Moussi during a plenary session in Parliament last Wednesday, in an act that has been condemned by the Tunisian government.

In a statement posted on Facebook on Friday, commenting on the incident of MP Sahbi Samara assault on Moussi during a Parliament session two days ago, Ghannouchi indicated that his “rejection and condemnation” of that “heinous act” was expressed on the day of the incident by the deputy Parliament speaker in charge of media and communications.

Ghannouchi added that he reiterates his condemnation in the strongest terms of all forms of physical and verbal violence and any obstruction of the work of the People’s Assembly.

Ghannouchi stated that this behaviour:

“Does not honour the parliamentary institution that has enacted legislation criminalising all forms of violence, especially against Tunisian women.”

He reminded the Parliament’s office to: “Take whatever measures it deems appropriate in accordance with its powers.” Ghannouchi urged the deputies to: “Emphasise that the dialogue approach is the basic rule in exchanging opinions and managing disputes.”

The Parliament speaker also called on MPs to: “Address national priorities, uphold the values of the Republic, preserve its institutions, champion national unity, adhere to the principles of the Constitution, respect the chapters of the rules of procedure and the principles of coexistence, and safeguard the parliamentary function against all acts that can smear it.”