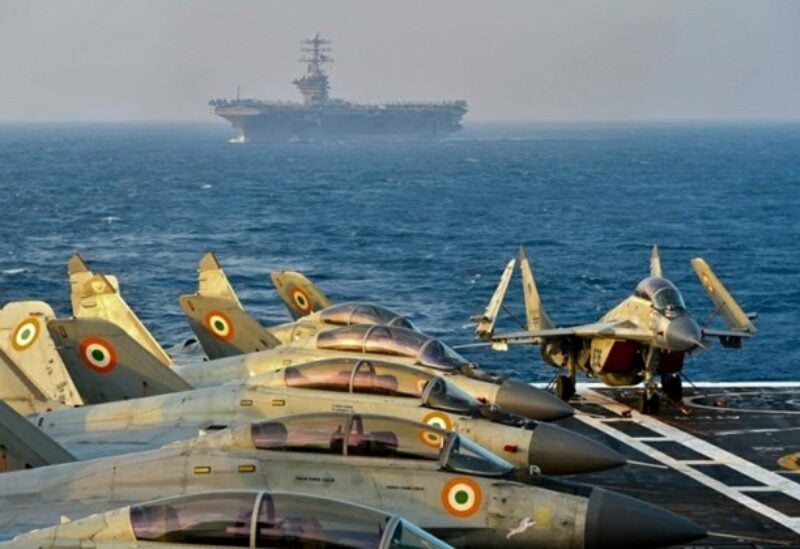 The London-based think-tank said in its annual “Military Balance” publication that expenditure rose “despite the coronavirus pandemic and the subsequent contraction in global economic output”.

Beijing’s military spending was the driving force behind the growth in Asia’s overall defence expenditure and accounted for 25 percent of the continent’s spending in 2020.

Asia’s upward trend in military expenditure continued last year albeit at a slightly slower pace than in 2019.

“However, others simply reduced or deferred planned spending growth rather than implementing cuts,” it added.

The IISS also highlighted Chinese military expansion and the significant growth of its naval fleet, a response driven in part by to Beijing’s ambitions in the South China Sea.

However, most NATO members are still far from the objective of devoting two percent of their GDP to defence by 2024.

In 2020 only nine of the alliance’s European members met the target.

“The commitment by key players to increase their defence budgets in 2021 and beyond signals an intention to avoid the cuts that followed the 2007-08 financial crisis,” the report said referring to European nations like the UK, France, Germany and Italy.

In 2019, the world saw the largest recorded increase in military spending a decade, with 4 percent growth, fuelled by rivalry between major powers and a race for new technologies.