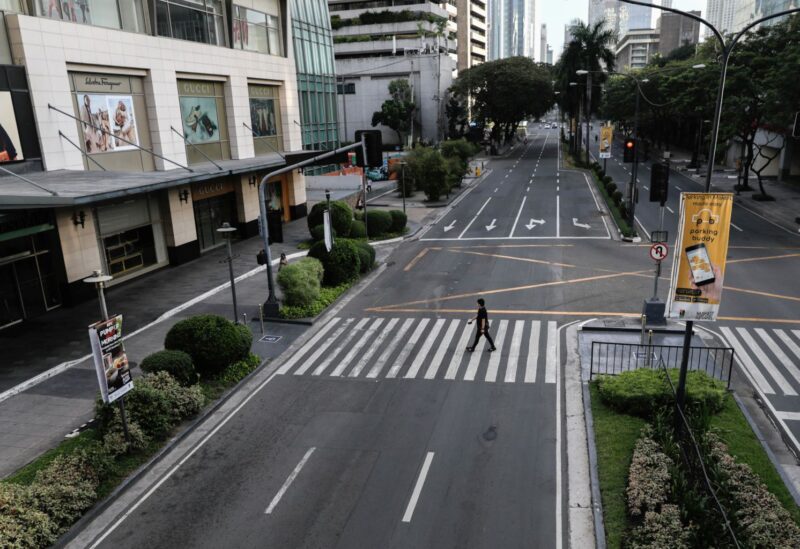 In one of the most solemn holidays in Asia’s largest Roman Catholic nation, Filipinos marked Good Friday, with deserted streets and churches following a strict lockdown to slow down the spread of the coronavirus.

Major highways and roads were eerily quiet after religious gatherings were prohibited in metropolitan Manila and four outlying provinces. The government placed the bustling region of more than 25 million people back under lockdown this week as it scrambled to contain an alarming surge in COVID-19 cases.
Police-enforced curfews in the capital region and the provinces of Bulacan, Cavite, Laguna and Rizal were expanded to 11 hours starting at 6 p.m.
The Philippines has imposed some of the world’s longest police- and military-enforced coronavirus quarantines and lockdowns, which caused the economy last year to contract by 9.5 percent, the worst economic setback since the Philippines began issuing such economic data just after World War II.
It has started to reopen the battered economy after infections began to taper off and allowed non-essential businesses to resume, including shopping malls, video game arcades and beauty shops, to ease unemployment and hunger. But infections surged back alarmingly last month in spikes blamed on the spread of new coronavirus variants, increased public mobility and complacency.
President Rodrigo Duterte reimposed a lockdown in the country’s most populous region this week, allowing only workers in essential businesses, government security and health personnel and residents on urgent errands to leave home. The lockdown may be extended beyond Easter if the surge does not ease, officials said.
The spike and a sluggish start of the vaccination program have brought Duterte’s administration under fire for what critics say was its failed handling of the pandemic.
The Philippines has reported more than 756,000 confirmed cases with 13,303 deaths, the second highest in Southeast Asia after Indonesia.