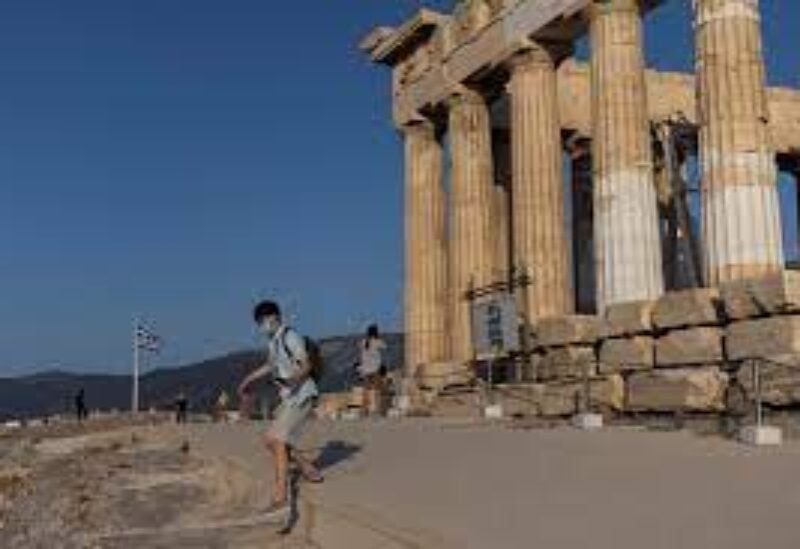 A new concrete pathway to the Acropolis in Athens has sparked a debate between authorities seeking to extend access to Greece’s most famous ancient sites and detractors who claim it damages the site’s classical harmony.

Last month, Opposition Leader Alexis Tsipras called on the conservative government to “stop exploiting our cultural heritage,” claiming that the renovations will “alter the landscape” of a world heritage site.

But Culture Minister Lina Mendoni defended the development, which was approved by the Central Archaeological Council (KAS), the body which oversees the Acropolis complex that includes the Parthenon, a 5th century BC temple to the goddess Athena.

“I have seen people in wheelchairs who came up for the first time and felt happy,” Mendoni told reporters during a visit to the site late on Tuesday.

“I think this is something that should also make us particularly happy because to give joy to people is perhaps just as significant as the protection of our cultural goods,” she said.

The Acropolis, a rocky outcrop with an ancient citadel and temple complex, has dominated the city of Athens for more than 3,000 years but reached its high point with the Parthenon, one of the supreme expressions of classical Greek culture.

Now a protected UNESCO World Heritage site, it attracts thousands of visitors a day in peak periods, most of whom climb the 160 meter hill on foot and wander among the monuments on uneven stone paths worn smooth over hundreds of years.

The new walkway, which is made of grey concrete, is built atop a synthetic membrane that preserves the ancient stones under it and allows for easy removal, according to architect Manolis Korres, who is in charge of the project and has worked on the Acropolis since 1975.

In March, it reopened to the public, replacing an older walkway from the 1970s that had deteriorated over time.

Other modifications include a new elevator and golf carts, with plans for tactile mobile models to help blind persons to have a more complete experience of the monuments.