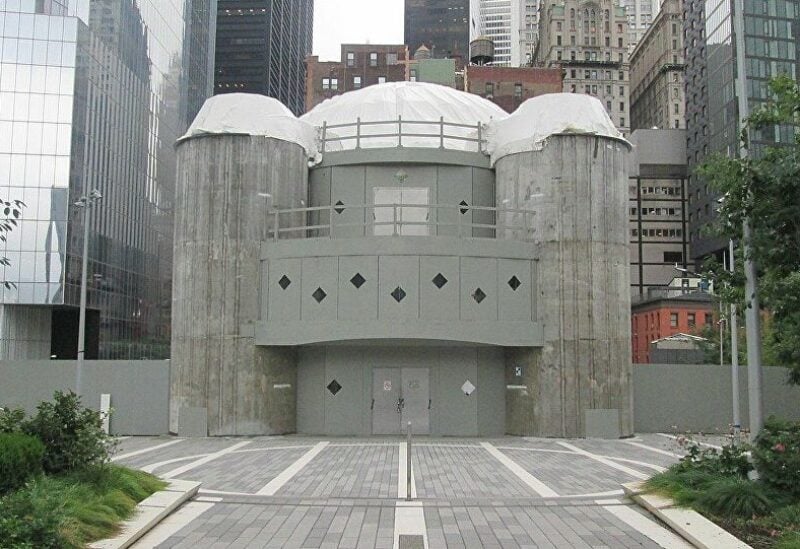 The St. Nicholas Greek Orthodox Church in New York City, which was destroyed during the 11 September 2001 terrorist attacks, will hold services for the first time in 20 years, Vicar General of the Greek Orthodox Archdiocese of America Alex Karloutsos told Sputnik.

“On September 10th, the vespers will begin with the memorial service by the archbishop. That is our contribution to the September 11th story”, Karloutsos said.

The following day, Saturday, the church will be lit in blue along with other buildings in the area to commemorate the victims of the terrorist attacks, he added.

On 11 September 2001, al-Qaeda (banned in Russia) terrorists crashed two hijacked commercial planes into the World Trade Centre (WTC) in New York, while another one hit the Pentagon near Washington, DC. A fourth hijacked plane crashed into a field in the state of Pennsylvania.

The St. Nicholas Church was completely buried after the World Trade Centre’s south tower collapsed following the attack. The rebuilding process took 20 years and is not quite yet completed.
Soon after the attacks, the New York authorities committed to restoring the church, but the entire efforts met with significant delays because many matters of a political nature needed to be worked through, Vice Chairman of the Friends of St. Nicholas Michael Psaros said.

“It is important to understand that this is the National Shrine, not just the Greek Orthodox Church”, Psaros said.

More than 20 architects presented their project prior to the selection of the renowned Spanish architect Santiago Calatrava.

Karloutsos said fundraising and rebuilding started in 2009-10. However, Psaros pointed out that the Greek Diocese in charge of the construction approved a large number of expensive changes so the process was stopped for about two years.

“I think it is important to know that PriceWaterHouse [PricewaterhouseCoopers] along with BakerHostetler did an extensive, forensic two-year audit of every single dollar we raised from September 11, 2001, and every single dollar we spent from that time. You can find these audits online, they were published by the archdiocese”, Psaros said.

The Greek Orthodox Archdiocese handed the project over to the Friends of St. Nicholas, an entity responsible for the fundraising, building, and finishing of the church, which has now became a National Shrine. The new cathedral is three times bigger than the previous one and has a special centre for people of all faiths and denominations to pray and commemorate their loved ones and those that fell in the terrorist attacks.

Psaros said he expects the St. Nicholas Church to be the most visited Orthodox cathedral in the United States and probably in the world.

“Millions and millions of people go to Ground Zero every year, and our doors will be opened at St. Nicholas. This will be the most visited Orthodox church in the world by non-Orthodox and even people who are not Christians”, he said.

The Friends of St. Nicholas was able to raise some $60 million between January 2020 and August 2021, Psaros also said.

“Over $100 million has been raised for the National Shrine since the inception”, he added.
Karloutsos noted that the first steel beam they received for construction was from the state of Pennsylvania and had a Russian Cross on it.

“I found all this very moving”, he said.

Because the reconstruction is not finished, church services will not resume on a daily basis in the coming months. The exterior of the structure is expected to be completed by 2 November, when Ecumenical Patriarch Bartholomew I will officiate the opening up of the church’s doors.

Psaros said work will then continue on the interior of the church until April 2022 with the hope of having it completed by Holy Week and Easter.

“The church will be consecrated on July 4, 2022, which will coincide with 100th anniversary of the establishment of the [Greek] Archdiocese of America”, he said.
Karloutsos said the Greek Orthodox Archdiocese plans to invite all Orthodox Christian denominations in the United States to co-serve with Patriarch Bartholomew I at St. Nicholas on 2 November.

“We are inviting all of the Assembly of Canonical Orthodox Bishops of the United States of America. The Exarchate of the Moscow Patriarchate and the Russian Orthodox Church Outside of Russia are members of the Assembly, and they will be invited as well”, he added.

The St. Nicholas Greek Orthodox Church in New York City is currently seeking evidence to back testimony that the relics of three saints, which disappeared during the 11 September 2001 terrorist attacks, were gifts from Russian Tsar Nicholas II, Karloutsos told Sputnik.

“The church had relics of St. Nicholas, St. Sava, and St. Catherine. Unfortunately, we do not have a record and evidence, although there have been stories for years that these relics were a gift from Nicholas II”, Karloutsos said. “Perhaps, there might be a connection through the [Russian] St. Nicholas Cathedral in New York, which was of course built by Tsar Nicholas II”.
“The safe with the relics has never been recovered, we never found it after the September 11th attacks”, Karloutsos said. “We do not know where they are now”.

Karloutsos emphasised that if the relics were completely destroyed and mixed with soil, they are now holy and sacred.

“If that is the case, then, as many people say that means they are part of the Holy ground with the rest of the thousands of victims that were murdered”, Karloutsos said.
The church, which has been turned into a National Shrine and scheduled to gradually reopen in September, hopes to acquire the relics of those saints once again, he added.