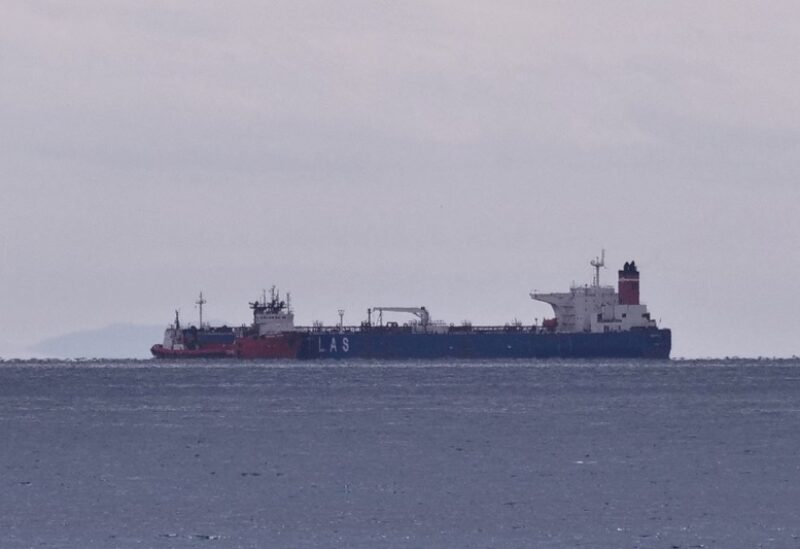 FILE PHOTO: The seized oil tanker Pegas is seen anchored off the shore of Karystos, on the Island of Evia, Greece, April 19, 2022. REUTERS/Vassilis Triandafyllou/File Photo/File Photo

In a bid for a tit for tat move, a regional Greek court has ruled that Iranian oil seized from a Russian-flagged tanker in April must be returned, a Greek government official said Thursday.

The official added that Athens was “very hopeful” the move would lead to the release of two Greek-flagged tankers seized by Iran in retaliation last month.

The appeals court in Halkida took the decision in a ruling on Wednesday that has not yet been made official, the source told AFP on condition of anonymity.

“The court has ruled that the cargo be released. The Greek government was not involved,” the government official said.

The Russian-flagged tanker Pegas had been moored near the island of Evia when the cargo was seized in April in accordance with EU sanctions introduced after Russia invaded Ukraine in February.

According to information at the time, the tanker was carrying 115,000 tons of Iranian oil.

The tanker was renamed Lana and Greek authorities said the ship and its crew would be released.

But the oil was held at the behest of the US Justice Department, and a process to transfer the cargo to a US-chartered vessel had been underway.

“Half the cargo is still on the ship. It will have to be loaded and returned,” the Greek government official said.

Tehran’s Revolutionary Guards on May 27 boarded and seized two Greek-flagged oil tankers in the Gulf.

Iran’s supreme leader on Saturday said that the country’s seizure of two Greek oil tankers late last month was a retaliation against Greece because it “stole” Iranian oil.

Iran said it expects the oil cargo confiscated by Greece to be returned in full, the semi-official Tasnim news agency reported Tehran’s ambassador to Athens as saying on Thursday, following the Greek court ruling quashing the original decision to confiscate.