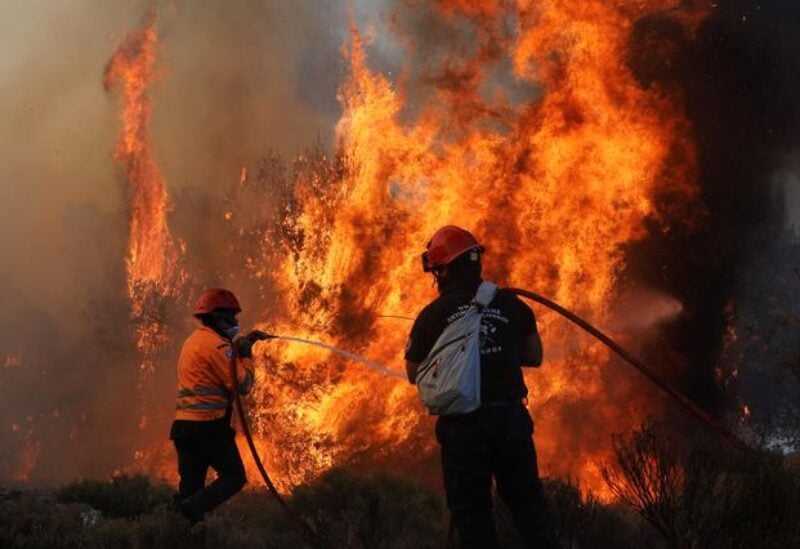 Greek firefighters fought for a 3rd day on Friday a wind-driven massive fire that burned through pine forests about 60 km (37 miles) west of the capital Athens and forced hundreds of people to leave their houses.

Firefighters battled overnight to contain the blaze that ravaged houses as black smoke filled the sky above coastal villages where police was urging citizens to leave. More than 10 villages and 2 monasteries have already been evacuated.

Deputy Citizens’ Protection Minister Nikos Hardalias told a briefing:”We are optimistic that during the day, with the improved weather conditions, the fire will be contained.”

The fire broke out in a forest at a small seaside holiday resort on the Gulf of Corinth on Wednesday and moved eastward into the western Attica province on Thursday, fueled by strong winds.

No casualties were reported as around 18 airplanes, 3 helicopters, 270 firefighters municipal staff and volunteers sought to put out the blaze. There have been no estimates yet of the value of damages.

The country has bitter memories of a 2018 massive fire that tore through the seaside town of Mati near Athens, claiming 102 lives within hours.