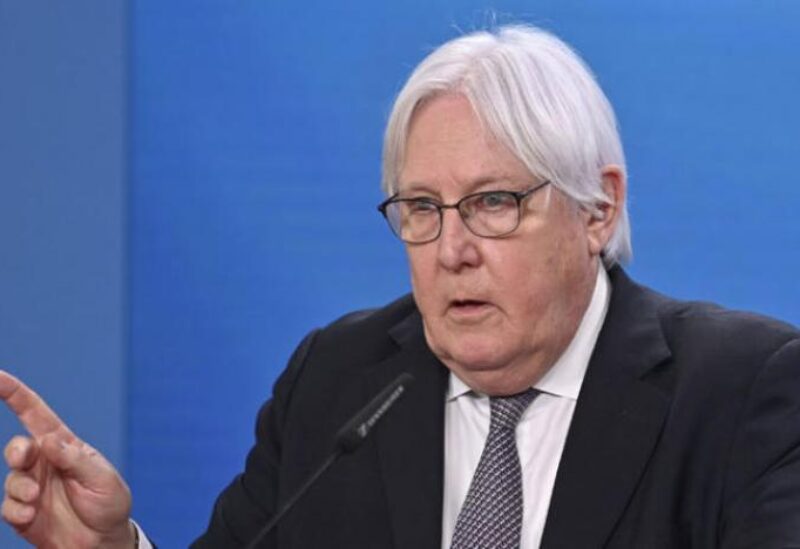 The internationally recognized government of Yemen has reiterated its commitment to achieving a comprehensive ceasefire as a key pillar for resolving all tabled issues at peacemaking negotiations under the scheme established by UN Special Envoy for Yemen Martin Griffiths.

Mubarak, according to Saba, stressed the need for the international community to send clear messages and exert maximum pressure on Houthi militias to force their compliance with preconditions for settling the conflict in Yemen.

He also informed both envoys of the need to stop the shedding of Yemeni blood and Houthis from further destabilizing regional security.

Griffiths had recently returned from a visit to the Houthi-run capital, Sanaa, where he met the pro-Iran group’s leader, Abdul-Malik al-Houthi.

Griffiths said that al-Houthi had put forward a framework of ideas to negotiate with Yemen’s official government.

According to the envoy, al-Houthi’s proposals were the fruit of international efforts to narrow the dispute over priorities in implementing the UN-sponsored peace plan.

While al-Houthi insists on lifting restrictions off Sanaa’s International Airport and the port of Red Sea coastal city of Hodeidah before arriving at a comprehensive ceasefire, the government sees that halting hostilities is the actual priority for achieving peace.

The Yemeni government has repeatedly urged Houthis to stop attacking the northeastern governorate of Marib, where over a million internally displaced Yemenis have sought asylum in government-run refugee camps.

Moreover, well-informed sources stated that Mubarak briefed both Griffiths and Lenderking on the latest developments in Yemen and international efforts amassed to stop the war there, according to main references.

“It must be made clear that a comprehensive ceasefire is the most important and basic humanitarian step through which all forms of suffering and humanitarian and economic complications would be addressed,” the Yemeni foreign minister stressed.