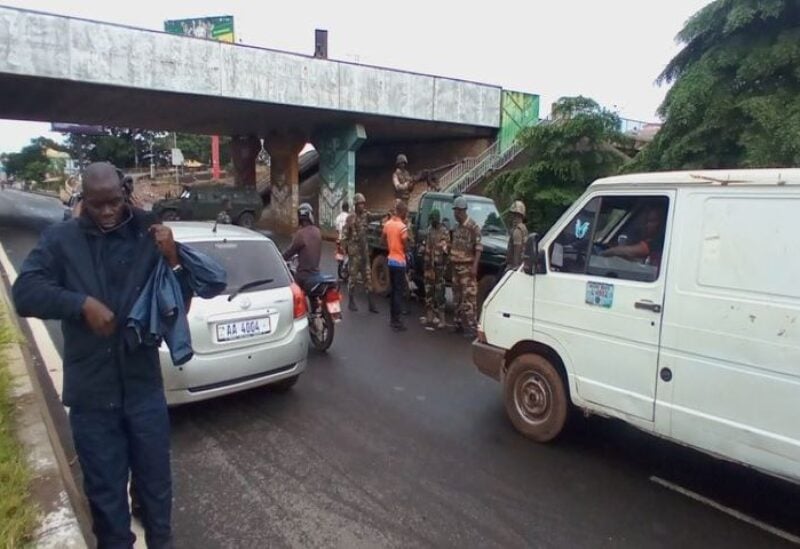 Army soldiers hold a checkpoint after the uprising that led to the toppling of President Alpha Conde in Kaloum neighbourhood of Conacry in Guinea,

Guinean government officials are prohibited from travel until further notice.

They must hand over their official vehicles to the military, special forces commander Mamady Doumbouya, who ousted President Alpha Conde on Sunday, told a government gathering on Monday.