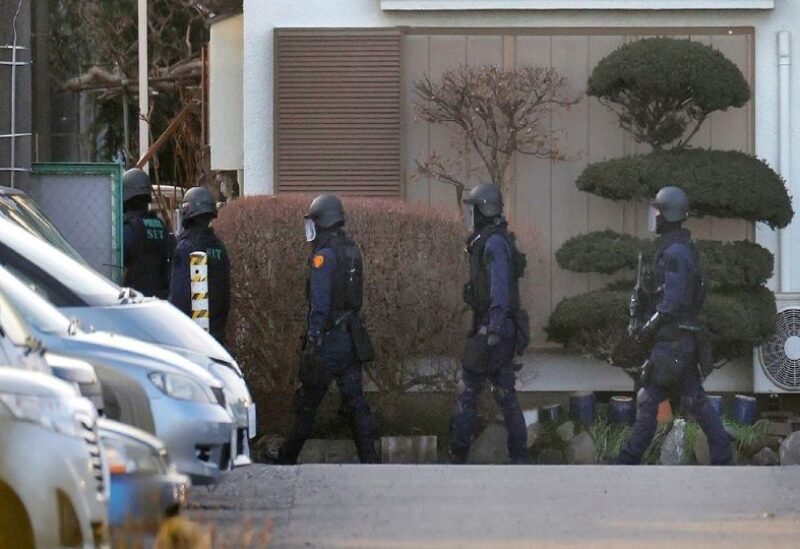 Police officers deploy around a private house where a man holds a hostage in Fujimino, Saitama prefecture

A Japanese shooter was apprehended after reportedly taking a doctor hostage and shooting him, according to police, with local media saying that the victim died from his wounds following an 11-hour standoff.

Gun crime is uncommon in Japan, where gun ownership is rigorously regulated, and people in Fujimino, a city near Tokyo, were taken aback by the incident.

“The man fired at the victim with a hunting rifle with the purpose of murdering him,” a local police spokesperson told AFP.

He stated that the 66-year-old suspect was apprehended following the incident that occurred at his residence on Thursday night, during which he allegedly shot a physiotherapist who was gravely injured.

According to Japanese media accounts, the doctor, physiotherapist, and a third team member were paying a condolence visit to the suspect’s house following the death of his mother when the incident occurred.

According to NHK, the suspect came to the neighborhood approximately three years ago and has been caring for his infirm mother on his own.

“He stated it was difficult for him to engage (volunteer community activities) since his mother is unwell,” a local resident told NHK.

“He had been looking after her… since he moved in.” “He hasn’t been out much, so I haven’t had many chances to see him,” the guy explained.

After getting pepper-sprayed during the incident, the third member of the medical team allegedly hurried to a police station.

According to accounts, police chatted with the shooter on the phone all night in an attempt to persuade him to release the captive.