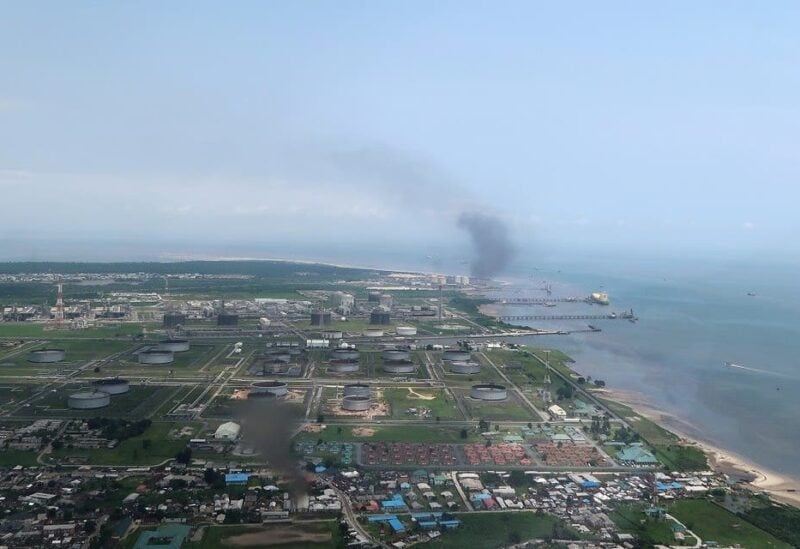 Gunmen killed a police officer and six employees of a Nigerian oil and gas services contractor during an attack on buses transporting workers to a Shell project site in the southeastern state of Imo, police said on Tuesday.

Attacks on oil and gas facilities have long been a problem in Nigeria, where the multi-billion dollar industry sits alongside impoverished communities that have seen little benefit from it. In this case, the motive was unclear.

The Nigerian arm of Shell, SPDC, confirmed that unknown gunmen had attacked a convoy of buses taking staff of its contractor, Lee Engineering, to its Assa North Gas development project site in the Ohaji area of Imo State on Monday morning.

“We have since shut down the project site while the incident has been reported to the police for investigation. SPDC is working with the contractor and supporting the police through a thorough investigation of the incident and to prevent a recurrence,” it said in a statement.

“The command has put in measures to guard the workers in the area since it is prone to attack,” he said.

The company is involved in the installation and construction of a gas primary treatment facility and the supply of a gas turbine generators and a waste heat recovery system, according to its website.

Nigeria is struggling with a rise in different types of violence. Kidnappings for ransom and armed robberies are rife, as is armed conflict between herders and farmers and between certain communities. In the northeast, 12 years of war between extremists and government forces have killed 350,000 people, according to a UN estimate.

The oil and gas industry, located in the Niger Delta in the south of the country and offshore in the Gulf of Guinea, has been a focal point for violence for several decades. The region has a history of kidnappings, inter-communal conflicts, armed insurgency, piracy, and oil smuggling.