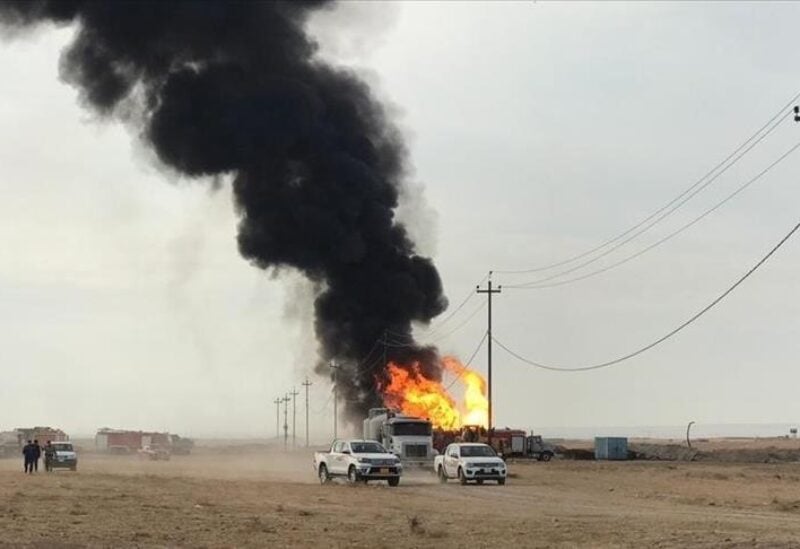 The officer told Anadolu Agency that Daesh/ISIS terrorists were likely behind the attack that targeted well No. 105 in the Bai Hassan oilfield in Al-Dibs district, northwest of Kirkuk.

“Work is ongoing to extinguish the fire that broke out after the bombing,” said the officer, who requested not to be named as he was not authorized to brief the media.

There was no comment yet from Iraqi officials on the attack.

Kirkuk province has the oilfields of Bai Hassan, Baba Gurgur, and Havana, which together produce more than 370,000 barrels/day.

The Daesh group have in recent months escalated their attacks, especially in the area between Kirkuk, Salahuddin and Diyala, known as the Triangle of Death.

In 2017, Iraq declared victory over Daesh by reclaiming all territories the terrorist group controlled since the summer of 2014 which was estimated to be about a third of the country.