Guterres says U.N. working with U.S. and EU to get Russian food to markets 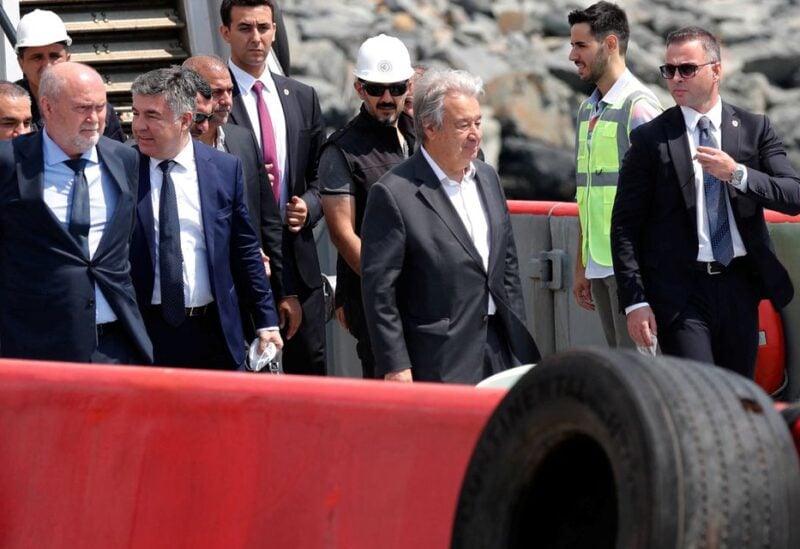 Guterres says U.N. working with U.S. and EU to get Russian food to markets

On Saturday, United Nations Secretary-General Antonio Guterres stated that the UN is collaborating with the United States and the European Union to remove barriers to Russian food and fertilizer accessing global markets.

More than 650,000 metric tons of grain and other supplies have already been transferred under a U.N.-brokered accord negotiated in Turkey last month to restore Ukraine’s grain exports, which have been blocked off since Russia’s incursion in February.

“The other component of this package deal is unrestricted access to global markets for Russian food and fertilizer, which are not sanctioned,” Guterres said in Istanbul, where he inspected a coordination center managing exports.

He said those countries that imposed sanctions on Russia over its invasion of Ukraine had made clear that the measures did not apply to food and fertilizers but added there had nevertheless been a “chilling effect” on exports.

Guterres said the United Nations was working with Washington and the European Union to remove those obstacles.

“Getting more food and fertilizer out of Ukraine and Russia is crucial to further calm commodity markets and lower prices for consumers,” he said.

Russia and Ukraine accounted for around a third of global wheat exports before Russia’s Feb. 24 invasion, which Moscow calls a special military operation. Russia is also a major exporter of fertilizer.