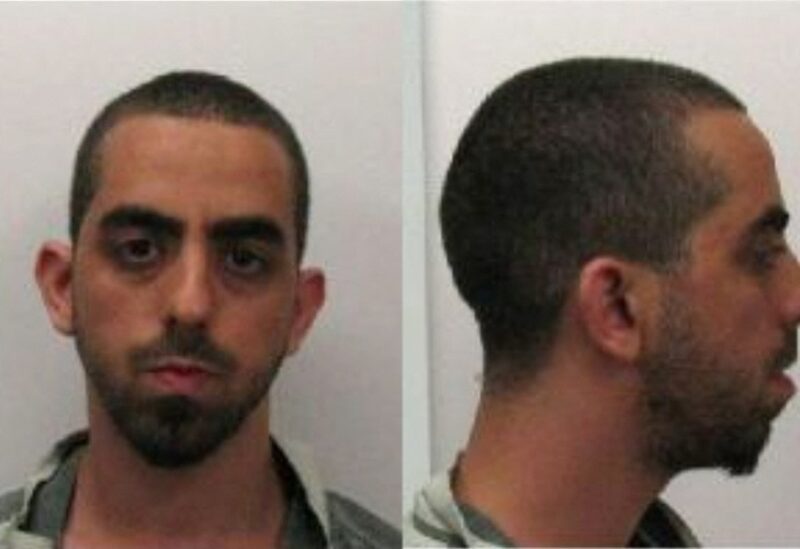 Hadi Matar of Fairview, New Jersey, who pleaded not guilty to charges of attempted murder and assault of acclaimed author Salman Rushdie, appears in booking photographs at Chautauqua County Jail in Mayville, New York, U.S. August 12, 2022. Chautauqua County Jail/Handout via REUTERS. THIS IMAGE HAS BEEN SUPPLIED BY A THIRD PARTY.

The father of a man charged with attempting to murder novelist Salman Rushdie has locked himself in at his home in southern Lebanon and is refusing to speak to anyone, said the mayor of the town Ali Tehfe

Hadi Matar, a 24-year-old who was born and raised in New Jersey is originally from Yaroun and has been identified as the prime suspect in the attack in New York state.
Tehfe told news agency Reuters that “His father is in the country now but he has locked himself in and is not acceptable to give any kind of statement to anyone. We tried with him, we sent people, we went and knocked on the door but he is not agreeing to speak to anyone.”
According to an official from the Iran-backed Lebanese armed group Hezbollah, “We don’t know anything about this subject so we will not comment.”
Calling upon Muslims to kill Rushdie for blasphemy, Iran’s supreme leader Ayatollah Ruhollah Khomeini had pronounced a religious edict against the novelist.

Tehfe said he had “no information at all” on the political views of the parents or Matar when he was asked if Matar or his parents were affiliated with or supported Hezbollah.

While Matar pleaded not guilty to attempted murder and assault charges, investigators are trying to determine whether he acted alone.

Rushdie’s literary agent Andrew Wylie said that the Indian-born writer was off a ventilator and his condition was improving.

Praising the attack as an “implementation of divine decree”, Iran’s state-run and hardline newspaper said it would partially calm the anger of Muslims.