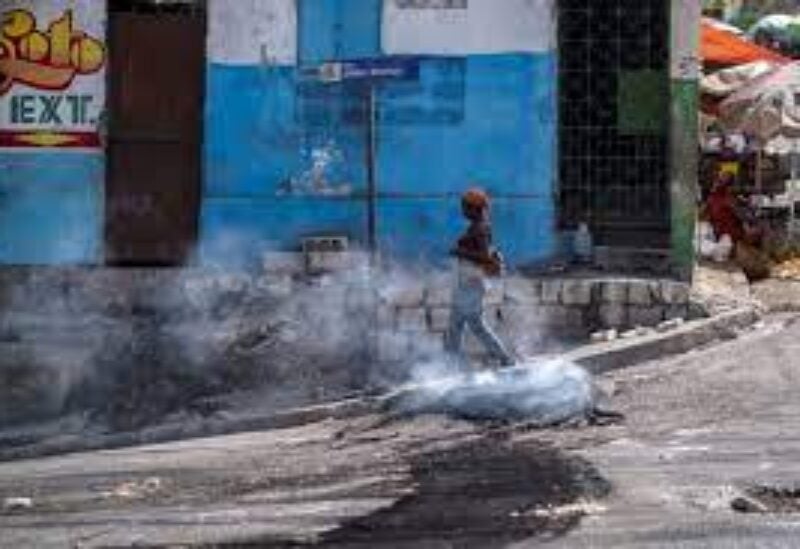 Nearly all of Port-au-gas Prince’s stations were shuttered, and enormous lineups developed outside the handful that were still open, with people blaming both criminal gangs that control crucial supply routes and opportunistic black market fuel sellers for stalling distribution into Haiti’s largest metropolis.

In the aftermath of Moise’s killing early on July 7, several demonstrators burned tires ablaze in the middle of dirty streets, which remained quieter than usual.

Moise was assassinated at his residence by a group of assassins that included 26 Colombians and two Haitian Americans, according to Haitian officials. Eighteen Colombians were apprehended, three were slain by police, and five were still on the run, according to Haitian authorities. Christian Emmanuel Sanon, a third Haitian-American, was arrested on Sunday by Haitian officials, who accused him of masterminding the attack.

Police said at a news conference that 24 police officers have been subjected to “precautionary” measures and four were in isolation as part of the investigation.

Charles also pointed a finger at a company he identified as World Wide Capital Lending Group as being responsible for fundraising “to execute this criminal act.”

The Florida-based World Wide Capital Lending Group did not immediately reply to a request for comment.

One of the Colombians in detention admitted to Haitian authorities on Wednesday afternoon that seven of the Colombian suspects were the “killers” of Moise, according to Semana, a Colombian news site.

The account was not verified by Reuters, and Colombian officials did not immediately reply to a request for comment. Semana did not offer a source for the purported confession, which it claimed the retired soldier gave “in tears.”

Prosecutors have been preparing to question the head of Moise’s security team, Dimitri Herard. It was not clear if the questioning has yet taken place.

Moise’s killing came amid a surge in gang violence in recent months that has displaced thousands and hampered economic activity in the poorest country in the Americas. At the justice ministry where Herard was to be questioned, graffiti spray-painted on the wall declared: “We reject the power of the gangs.”

Eugene France, 63, speaking outside the ministry, said he was struggling to sell any of the men’s dress shoes he had slung around his neck and feared more violence.

“No one is safe, not even the police,” he said. “I’m scared because the gangs just keep killing people and I can’t sell anything.”

Outside the national palace, a small crowd gathered at a makeshift memorial with flower arrangements, rows of white candles and a Haitian flag at half staff in front of a large photograph of Moise.

Damy Makenson, a 30-year-old office worker, slowly approached the memorial, laid down some flowers and solemnly made the sign of the cross over his head and chest.

“He died working to remake Haiti, and I want you to know that his ideas did not die with him,” Makenson said, comparing Moise to Jean-Jacques Dessalines, a Haitian founding father and military leader who helped put an end to French colonial rule in the early 1800s.

“At this uncertain time, Haiti needs the support of the international community more than ever,” he told the 193-member U.N. General Assembly, where ambassadors stood to mark a moment’s silence to honor Moise.

Linda Thomas-Greenfield, the United States’ ambassador to the United Nations, said a US group visiting Haiti recently urged for dialogue to help ensure free and fair presidential and legislative elections.

The US is still assessing Haiti’s request for assistance, with the goal of assisting the Haitian government “in navigating the investigation into President Moise’s assassination,” according to State Department spokesman Ned Price.

At a news conference on Wednesday, Price stated, “The Department of Justice will continue to support Haitian authorities in their examination of the facts and circumstances surrounding this attack.”