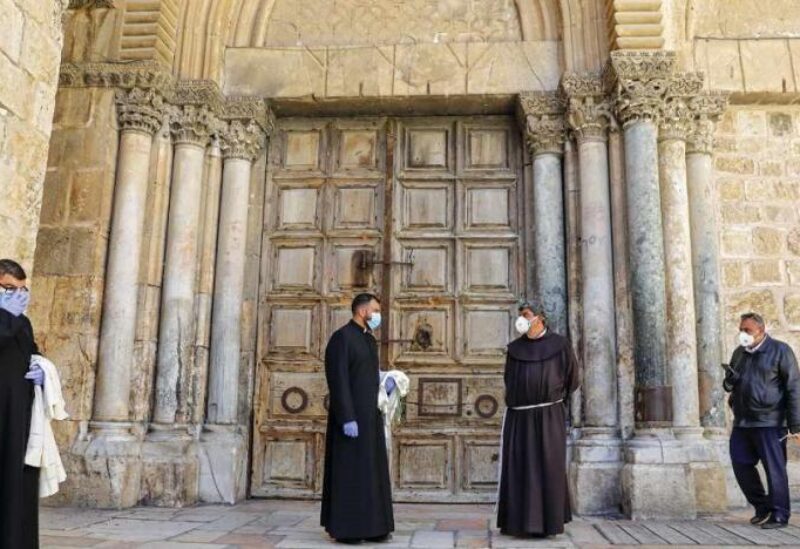 Church of the Holy Sepulcher

In a statement released on Sunday, Hamas said that the attack on Christian worshipers in the Old City and the earlier attacks on Muslim worshipers at the holy al-Aqsa Mosque compound assert the “racist nature of that entity.”

In the most recent assault, Israeli troops on Saturday evening attacked Christians in the holy city as they tried to reach the Church of the Holy Sepulcher in the area. The regime forces assaulted the worshippers and prevented them, including several nuns, from accessing the religious site.

In the statement, Hamas called on the international community to adopt strict measures against Israeli aggression and punish the Tel Aviv regime for its repeated violation of international law.

The movement also vowed to keep up its armed resistance against Israel as long as Palestinian sanctities were being systematically violated.

The tensions triggered protests in the occupied West Bank and the besieged Gaza Strip.

Bab al-Amoud (Damascus Gate) of the al-Quds’ Old City has been the scene of violence by Israeli forces against Palestinians over the past few weeks.

Other parts of the Old City have also seen clashes in recent weeks.

Last Thursday, hundreds of Israeli settlers took to the streets in the Old City, chanting “Death to Arabs” and “Arabs get out” and attacking Palestinians as they protested through the city center in a move they claimed was to “restore Jewish dignity.”

Meanwhile, Human Rights Watch has denounced Israel for committing the crimes of “apartheid and persecution” against Palestinians.

In a recent report, the New York-based human rights group said it plans to forward its findings to the International Criminal Court (ICC) for due action.

Palestinians staged a mass demonstration after Friday prayers in the al-Aqsa Mosque compound in support of Hamas, urging the resistance group to hit Israel amid intensified attacks on Palestinians in the holy city.