Head of Libya’s GNU: Time of military coups is over 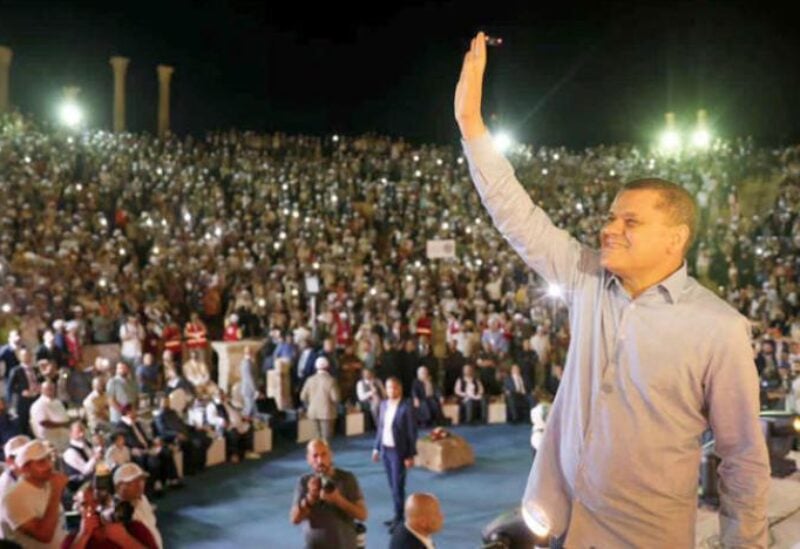 Dbeibah seen at the event at al-Khoms city.

Head of Libya’s Government of National Unity (GNU) Abdulhamid al-Dbeibah declared that the “time of military coups is over.”

In remarks on International Youth Day on Friday, he vowed to prevent war from again erupting in the country.

“We don’t want wars and those seeking destruction must look at the missing, amputees and martyrs. We say to those who want power through military coups that their time is over,” he stressed.

He added that his message is addressed to those “who want destruction and a return to war.” He stressed, however, that “there can be no turning back.”

Moreover, Dbeibah said the will of the people cannot be ignored.

He accused the east-based parliament and the High Council of State of extending their own terms to prolong the transitional period rather than hold elections.

“We have no choice but to hold elections,” stressed Dbeibah. “We support the staging of free and transparent polls.”

Turning to the parliament, he urged: “Stop meddling with the people. Approve constitutional regulations so that we can hold the elections.”

Local media said Dbeibah attempted to appeal to the youth, while some members of the crowd chanted “Al-Fateh”, a reference to late ruler Moammar al-Gaddafi.