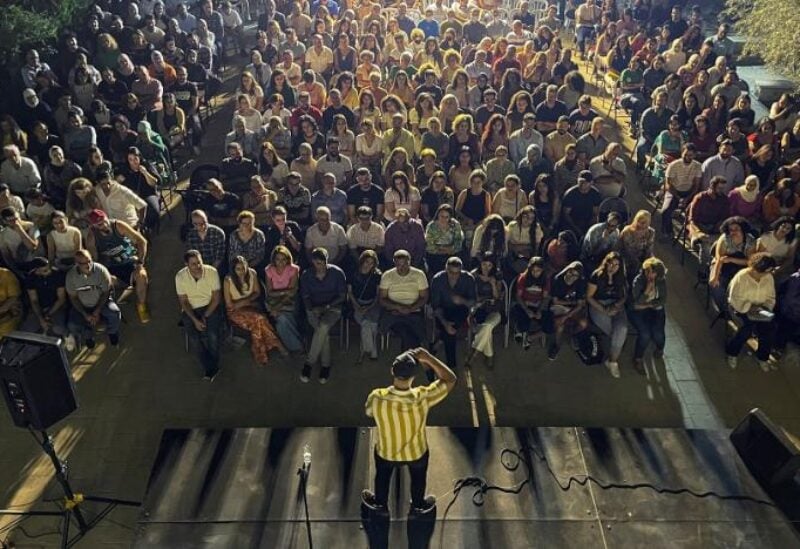 Palestinian American Amer Zahr is on a mission to heal through humor.

In 2015 he started bringing fellow Arab American comedians from the United States to perform stand-up across occupied Palestinian cities including Nablus, Bethlehem and Ramallah.

“Laughter is therapy,” he told Reuters after last week’s festival gig in Jerusalem. “We need to show the world that Palestinians love to laugh, we love life, we love art.”

Zahr and his line-up of seven other comedians performed at the city’s Dar al-Tifel al-Arabi school, established by a Palestinian educator in 1948 and where organizer Hani Kashou said the 350-ticket event was a sell-out.

Their jokes ranged from comic riffs on being questioned by Israeli border guards to puns stemming from mispronunciations of Arabic by people growing up straddling their twin Palestinian and American identities.

Bilal Sharmoug, who closed the show, joked that the reason he was big was because, growing up, he conflated the word for “bon appetit” in Arabic – sahtein – with sahnein, meaning “two plates”.

When comedian Reema Jallaq talked about being a “shibsheb survivor” – referring to the cliched image of Arab mothers throwing slippers at their children to discipline them – Mei al-Bakri, 14, said she laughed especially hard.

“That was my favorite joke,” she said as she stood beside her mother.

“It was a great show,” said Nihaya Ghoul Awdallah, 70, from Jerusalem. “We thank them so much for bringing a beautiful smile to our faces and for allowing us to release our worries, our sadness and the difficult circumstances that we are in.”

This year, all seven comedians were Palestinian.

“We bring Palestinian and Arab Americans here to show that our people in America have not forgotten where we’re from,” said Zahr, who divides his time between Nazareth and Dearborn, Michigan.

Zahr performed all five of this year’s shows wearing a black T-shirt bearing the word “press” as a tribute to Palestinian American journalist Shireen Abu Akleh, killed during an Israeli raid in the occupied West Bank in May.

“If she was here, she’d be laughing too,” he said. “Comedy comes from tragedy. The pain and the suffering are exactly why we do this festival.”