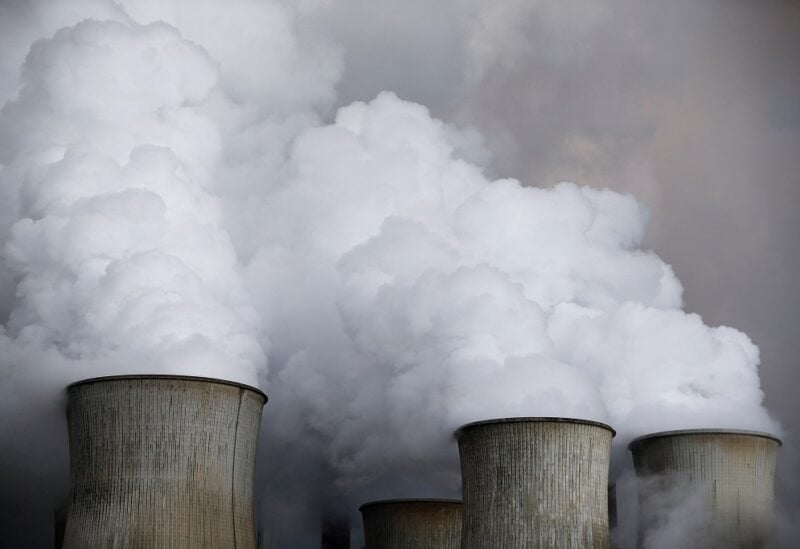 Steam rises from the cooling towers of the coal power plant of RWE, one of Europe's biggest electricity and gas companies in Niederaussem, Germany, March 3, 2016. REUTERS/Wolfgang Rattay//File Photo

The World Health Organization (WHO) and nearly 200 other health organizations have issued an unprecedented call for a global non-proliferation treaty on fossil fuels.

A call to action issued on Wednesday urges governments to agree on a legally binding plan to phase out fossil fuel exploration and production, similar to the tobacco framework convention negotiated under the auspices of the WHO in 2003.

“The modern addiction to fossil fuels is not just an act of environmental vandalism. From the health perspective, it is an act of self-sabotage,” said the WHO president, Dr Tedros Adhanom Ghebreyesus.

Diarmid Campbell-Lendrum, the head of the WHO’s climate change department, said the letter was a watershed moment. “This is the first time the health sector has come together to issue such a statement explicitly about fossil fuels,” he told the Guardian. “The current burden of death and disease from air pollution is comparable to that of tobacco use, while the long-term effects of fossil fuels on the Earth’s climate present an existential threat to humanity – as do nuclear weapons.”

The campaign to end fossil fuel exploration and production has won wide support from the Dalai Lama and 100 other Nobel laureates, the Vatican, several cities and island states, more than 1,000 health professionals and almost 3,000 scientists and academics.

The initiative aims to emulate the successes of the treaty on non-proliferation of nuclear weapons, signed in 1968, which has to some extent limited the spread of atomic weapons and technology.

More countries have signed that treaty than any other arms-limiting convention, although nuclear powers such as India, Israel, North Korea and Pakistan have not.

Ira Helfand, the Nobel peace prize winner and co-president of International Physicians for the Prevention of Nuclear War, said: “The two overriding issues of our era – the climate crisis and the danger of nuclear war – are deeply intertwined. The climate crisis is leading to greater international conflict and a growing risk of nuclear war, and nuclear war will cause catastrophic, abrupt climate disruption. The world must come together to prevent both of these existential threats.”

In emailed comments supporting the new initiative, the laureate professor Noam Chomsky said: “Humans are marching towards a precipice. When we reach it, unthinkable catastrophe is inevitable. There is a narrow window of opportunity to save ourselves, and the innumerable other species that we are destroying with reckless abandon. There still is time to rid ourselves of fossil fuels, not much. We will grasp the opportunity, or the human experiment will come to an inglorious end.”

As well as posing an existential threat to future generations, fossil fuels are a hazard in the present, claiming more than 8 million lives prematurely in 2018, 18% of that year’s total deaths, according to one study.

Most of those fatalities were caused by air pollution but the climate crisis is also increasing the risk of heat-related illnesses and creating ideal conditions for the transmission of food and water-borne diseases and the spread of vector-borne diseases.

Extreme weather events such as droughts, floods and fires carry their own health hazards, while fossil fuel workers and communities close to plants face a plethora of risks ranging from oil spills and pipeline explosions to lung disease and cancers.

The new initiative says that the clean energy transition must respect indigenous rights and be just for “every worker, community and country”.

Ruth Etzel, the co-chair of the International Pediatric Association’s environmental health group, said: “We have an ethical duty of care, and we cannot stay silent about the global health risks that fossil fuels represent. Our message to government leaders around the world is this: The health of everyone alive today, and of future generations, depends on phasing out fossil fuels, rapidly, justly, and completely.”