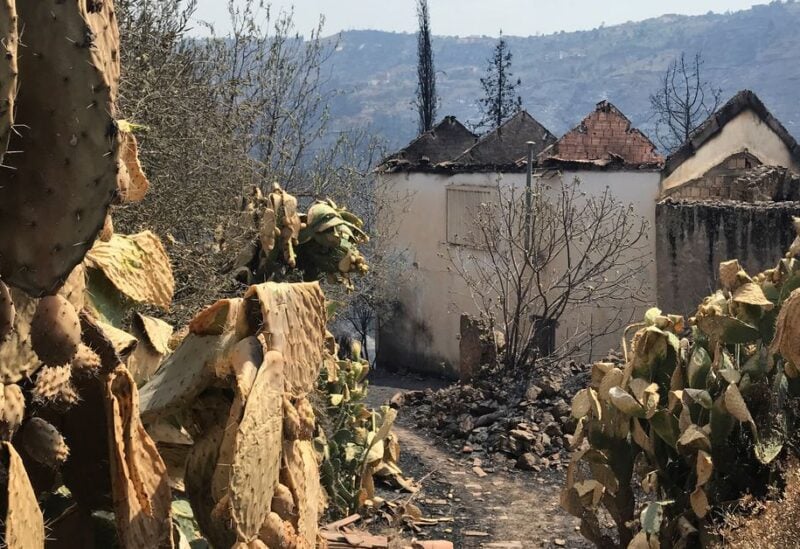 When Algeria’s terrible wildfires ripped through the forest around their town, brothers Khelaf and Lyazid Tazibt had no choice but to rush their families out the door and surrender the home they shared to the flames.

The two retired men, along with their wives and children, are now among hundreds of Algerians who have been displaced by the country’s worst flames in memory, which have scorched swaths of the northeast over the past week, killing dozens of people.

“Like anyone else who saw those flames, it was impossible to do anything. We all gave up,” said Khelaf Tazibt, 55.

He held up cracked plates and other belongings misshapen by the inferno. “The firefighters arrived a little late and there was nothing they could do,” he said.

His brother, Lyazid simply said “the fire reached the sky”.

Their village of Ait Sid Ali, in the northeastern Bejaia province, sits in rocky hills and was previously surrounded by forest. The Tazibt house was on the village edge, close to the trees and one of many there lost to the flames.

This month, a European Union atmosphere monitor said the Mediterranean had become a wildfire hotspot as massive blazes engulfed forests in Turkey, Greece and North Africa, aided by a heatwave.

The fire that suddenly engulfed Ait Sid Ali killed four people, they said. The surrounding hills are now a mass of scorched trunks but beyond the village another hillside is dark with smoke above the raging flames.

The two families are awaiting compensation and rehousing by the government, and in the meantime are receiving donations of food, medication and blankets from local aid organizations.

“We have lost everything,” said Lyazid Tazibt, overlooking the remains of the family home.