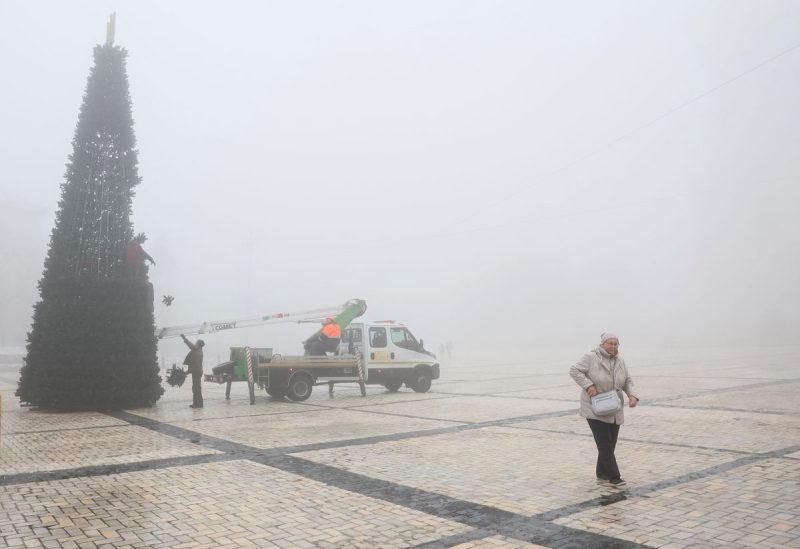 Municipal workers install a Christmas tree during a heavy fog at the Sofiyska square, amid Russia's invasion of Ukraine, in Kyiv, Ukraine December 17, 2022. REUTERS/Gleb Garanich

Heating has been entirely restored following the most recent Russian assault that targeted the city’s water and electrical infrastructure, according to Vitali Klitschko, mayor of Kiev.

After the most recent bombardment, the city is now fully restored all services, Klitschko said on the messaging program Telegram.

“In particular, the heat supply system for the capital was totally fixed. Every source of heat production is operational.”

Ukrainian officials said Russia fired more than 70 missiles on Friday in one of its heaviest barrages since the Kremlin’s Feb. 24 invasion, forcing emergency blackouts nationwide and cutting access to heat and water.

Temperatures in Kyiv and many places across Ukraine were below freezing on Sunday morning, with forecasts expecting them to dip to minus 6 degrees Celsius (21.2 °F) in the capital by the evening.

Kyiv is by far the largest city in Ukraine with an estimated population of about 3 million, with up to two million more in the Kyiv region.

As of late Saturday, a third of the city remained without power.

Sergei Kovalenko, chief executive of YASNO, which provides electricity for Kyiv said late on Saturday that access to power has been increasing with each hour.