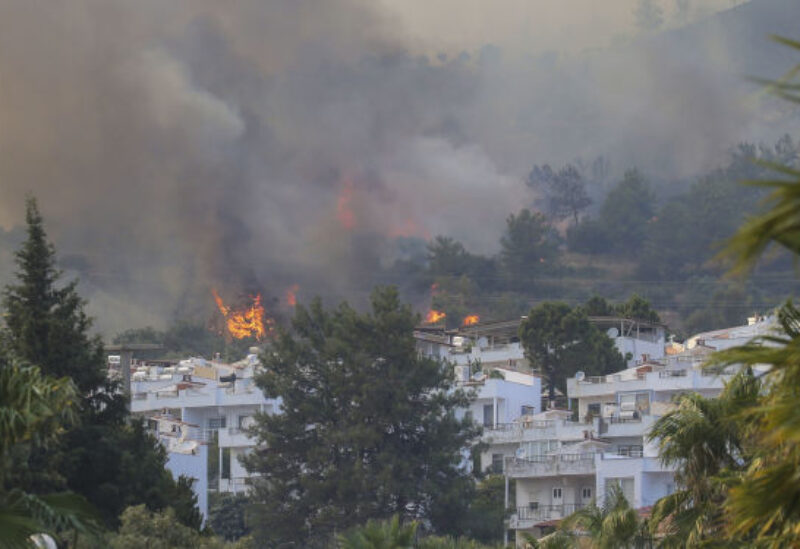 Forest fires have been raging in Turkey’s Mediterranean region for seven days, necessitating the evacuation of residents from the worst affected areas – some had to flee by boat.

Experts have been especially worried about two thermal power plants located in the province of Mugla. On Wednesday, the local administration reported there was a new risk of the plant being hit by wildfires.

Muhammet Tokat, the mayor of Milas which is about 75 miles north-west of Marmaris, took to Twitter to announce that the situation with the fires has only worsened.

“Flames have reached the thermal plant…”

​”The flames started again … The flames broke out in the immediate vicinity of the Kemer thermal power plant. Yes, you heard right.”

Tokat has urged the authorities to deploy firefighting aircraft to the area immediately​.

“We beg, we warn … We’ve been saying this for several days now. Here the fire surrounded the factory. Immediate response!!!!”

​Earlier this week, flames were seen within just a kilometre of the Kemerkoy thermal power but then the wind changed direction, and a dangerous situation at the site was avoided.

A heatwave fed by hot air from North Africa has been intensified by low humidity and strong winds.

The government of Turkish President Recep Tayyip Erdogan has come under public criticism for its response to the fires. However, Erdogan recently said that Turkey has received enough support, including firefighting aircraft, from different countries, and Turkey’s minister of agriculture and forestry, Bekir Pakdemirli, said 160 fires in 34 provinces had been brought under control.

Locals have been sharing photos and videos online, showing how emergency services and ordinary people have been battling wildfires in the country.

​Neighbouring Greece has also been facing the worst heatwave in decades. Dozens of wildfires were reported across the country since Monday. Clouds of smoke were seen over Athens on Tuesday night and some homes and businesses were destroyed by the fires.

Meteorologists say the heatwave in both countries will continue until the end of the week.

#helpturkey Please help us.. All of Turkey is on fire. We need a lot of help and firefighting planes.. pic.twitter.com/M6bJA4oy4l

Turkey is fighting 112 fires in different forests that affected 17 cities. Many animals lost their lives and many villages were evacuated. They don't have enough firefighting planes to stop it. We really need all the help we can get." #helpturkey #PrayForTurkey#GLOBALCALL pic.twitter.com/YitOggRZnU

Fires 🔥 burning in the suburbs of #Athens #Greece #greeceisburning pic.twitter.com/JTe67EPAe8