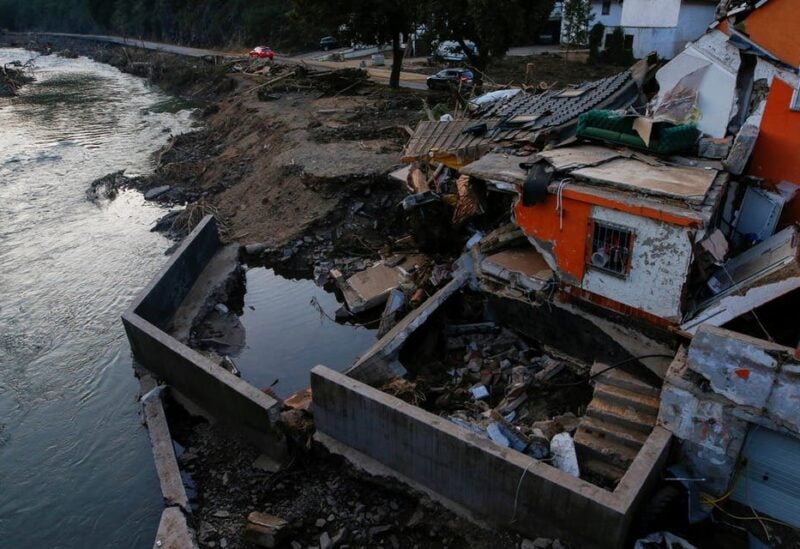 Damages are seen in an area affected by floods caused by heavy rainfalls in Schuld, Germany, July 20, 2021. (Reuters

The DWD weather service said localized storms were likely from midday Saturday, expanding to large parts of Rhineland-Palatinate state later in the day.

Officials said late Wednesday that the death toll from last week’s floods in the western state had risen to 125. Across Germany at least 174 people died in the floods, and 31 deaths were reported from neighboring Belgium, taking the total toll to 205.

Authorities have built a huge camp for rescue workers at the Nuerburgring race track. More than 4,500 civil defense workers, firefighters and soldiers have been deployed to help with clean-up efforts in the badly affected Ahr valley region of Rhineland-Palatinate.