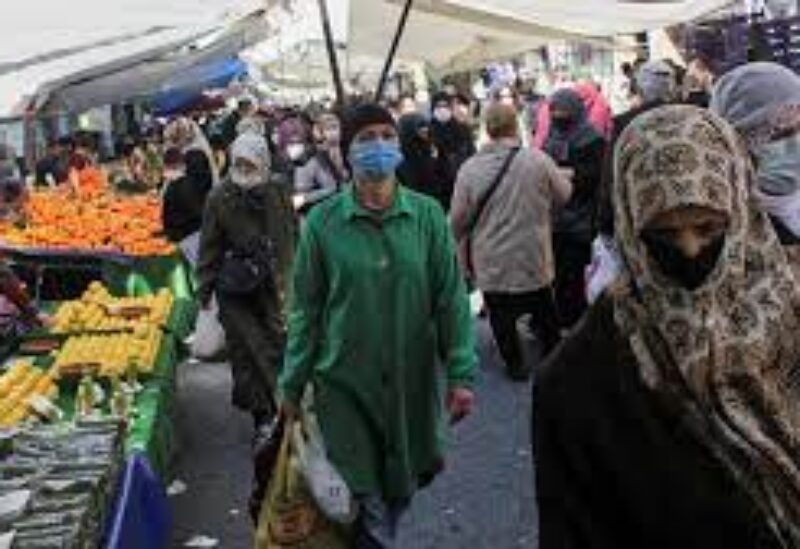 The British Guardian  newspaper correspondent reported that there is a state of anger in Turkish popular circles because of the “political tricks” the country’s leaders are practicing in connection with Corona pandemic and the politicians’ giving “priority to political and economic issues at the expense of public health.”

“On a hot day in Istanbul last July, hundreds of thousands gathered outside the Hagia Sophia to celebrate the announcement by Turkish President Recep Tayyip Erdogan, to convert the historic building into a mosque.

The decision was widely seen outside the country as a “turning point in Turkey’s relationship with the West,” but later, the crowds in Sultan Ahmed Square represented another cultural shift, which is “the change in the way the Turkish government deals with the Coronavirus pandemic after months of closure. Borders and curfews. ”

After the recent decisions, Turks can “once again enjoy the taste of normal life after lifting a full three-week lockdown, which is the first of its kind in the country.” The Turkish Ministry of Health said infections decreased by 72 percent after recording record highs of more than 60 thousand new cases per day in April.

Officials used these figures as evidence of the country’s readiness to enter the summer tourism season, but the real numbers indicate, according to the Guardian, that Turkey is still the fifth largest country in the world in the number of registered cases, and doctors say that the officially reported decrease in new cases is statistically impossible. With a significant decrease in the number of virus tests.

The official death toll in Turkey as a result of the virus has reached 46,071 deaths, but the analysis of local death statistics that was shared with the Guardian by Güchelo Yaman, a computer scientist in the epidemiological working group of the Turkish Medical Association, shows that there are more than 124 thousand other deaths around Country.

The report notes that the World Health Organization praised Turkey at the beginning of the pandemic for taking “quick and effective measures,” but its response “sank in a swamp of fluctuations, omissions, errors and midterm measures that seem to prioritize political and economic issues at the expense of public health.”

Dr. Cagan Kyzyl, a member of the “Epidemic Control Working Group of the Turkish Medical Association” said: “At the beginning of the epidemic, there was a real effort to mitigate the risks, but since then, the policy blocked the way.”

He added: “The Turkish government considered the available scientific advice and decided to use it as a cover that fits its own agenda … Crisis management now is about making people believe that the epidemic is over instead of actually fixing it.”

The report notes that last October, the doctors ’concerns were confirmed when the government admitted not to report heavily on case numbers, and only mentioned the number of” asymptomatic “cases in its daily updates.

However, the ensuing outrage from healthcare workers and opposition activists was met with criticism from Erdogan’s coalition partner, Devlet Bahceli, who accused the doctors of “treason” and said that the “Turkish Medical Association” should be closed.

With most of Europe preparing to start easing the rules of the Coronavirus this spring, “Turkey’s attempts at half-facts and half-measures have been exhausted. The country was finally forced to impose a complete lockdown during the month of Ramadan.”

But the reason doctors say it may not have worked is the same reason that Turkey hated implementing the “complete” lockdown in the first place: “The government was unable to provide financial assistance to small businesses, so many people continued to work,” according to the report.