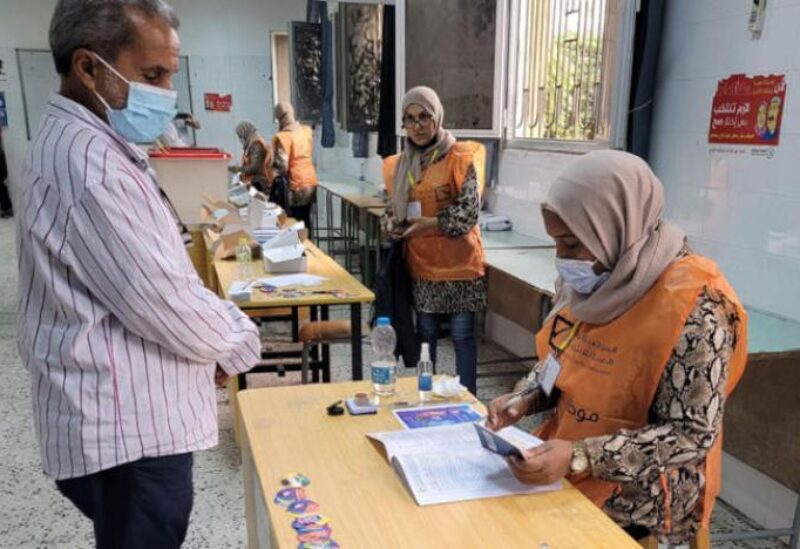 Head of Libya’s High Council of State, Khalid al-Mishri called on Tuesday for a “peaceful sit-in” in front of the headquarters of the High National Election Commission in protest against the laws that will be adopted for the upcoming parliamentary and presidential elections.

Mishri, a prominent member of the Muslim Brotherhood and one of Turkey’s most important allies in western Libya, met in Tripoli on Tuesday with several members of the parliament and state council. He also met with municipal chiefs, heads of syndicates and other prominent officials.

During the meeting, he urged new escalation against the elections, calling for a boycott, whether by voters or candidates, in protest against the laws that will be adopted for the polls.

Addressing whom he described as supporters of the elections – countries, voters and candidates alike, he said: “We warn you, do not underestimate our backers.”

The closing statement from the meeting said that holding the presidential elections without a constitutional foundation “paves the way for dictatorship, regardless of the results.”

It urged listening to the voice of the people and their choices, holding head of the elections commission and a number of lawmakers responsible for all consequences that could eliminate all steps that support stability.

Meanwhile, first deputy speaker of parliament, Fawzi Al Noueiri urged the elections commission to amend Article 12 of the presidential elections law in what observers said was a precursor for allowing head of the Government of National Unity (GNU), Abdulhamid Dbeibeh to run for president.

The article stipulates that presidential elections candidates must stop all political work three months before the elections are held. Dbeibeh is still practicing his duties as head of government. The elections are scheduled for December.