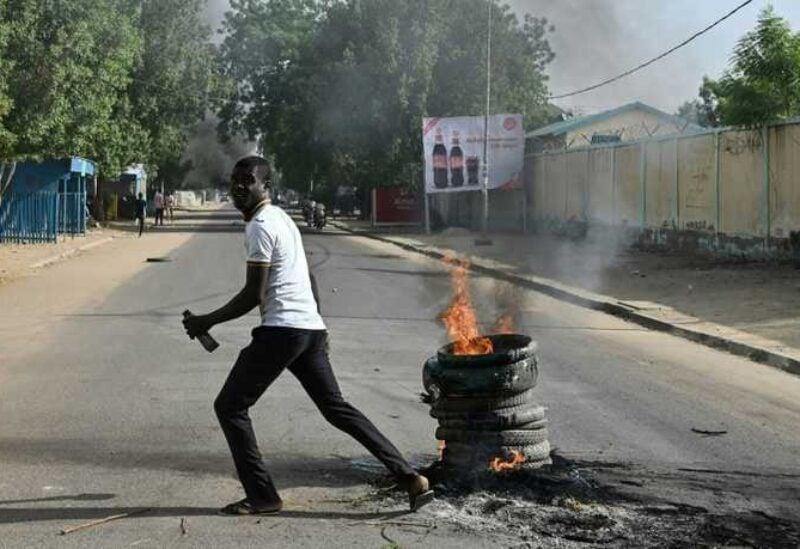 The Chadian army announced that 6 people were killed in the demonstrations against the military council that took power in the country after the death of President Idriss Deby Itno a week ago.

The military council consisting of 15 generals headed by Mohamed Idriss Deby, son of the late president, said, “We regret the occurrence of six victims” in the demonstrations, according to a statement that Agence France-Presse received a copy of and signed by its spokesman Azem Bermandoa Aguna.

On Tuesday, the judicial authorities announced the deaths of five people, four of them in the capital, N’Djamena, and one in Mundo, the second city in the country.

Several opposition parties and civil society organizations called for these demonstrations to protest the “institutional coup” and the “family succession” of the authority.

The demonstrators went out in small groups of about ten people each in separate areas of the capital during the morning to avoid the police, who were deployed everywhere, who threw tear gas canisters in order to disperse them.

Police dispersed with tear gas, scattered gatherings in their early days, which included dozens of people, some of whom burned tires, according to Agence France-Presse journalists.

In Paris, French President Emmanuel Macron condemned “in the strongest terms the suppression of demonstrators and violence” and urged the Council to fulfill its commitment to “a peaceful, inclusive and political transition.”

Macron was the only Western president to attend the funeral of Deby in N’Djamena on Friday, when he offered his son, who immediately succeeded him, “the support of France” and the Sahel countries to conduct a “civil-military transition.”

France considers Chad its main military ally in the fight against fundamentalist groups in the Sahel.