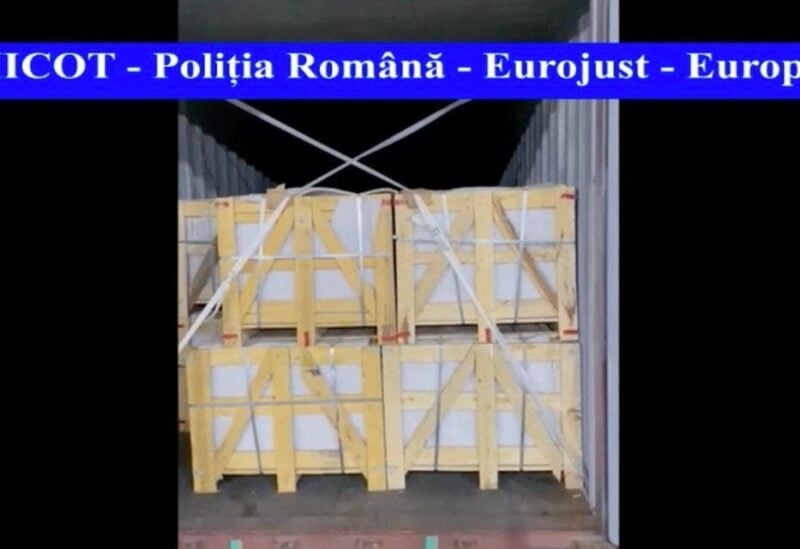 Romanian authorities confiscated 1,452 kilograms of heroin allegedly from Iran at a Black Sea port in one of the biggest seizures of the drug in the European Union in recent years, officials said Thursday.

The heroin, which was hidden among construction materials in two containers and destined for Western Europe, and was seized on May 10 at the Port of Constanta, Romania’s anti-organized crime agency said.

The agency called it a “historical seizure” and said that it was the second-largest heroin haul in the European Union in recent years. The drugs were transported by a criminal network made up of Romanian and foreign citizens, according to a statement.

On Thursday, law enforcement officers searched three homes in Romania and five other raids were carried out in two Western European countries.

Romania said that it had received support from a number of agencies, including U.S. Drug Enforcement Administration representatives from the US Embassy, and the EU’s Europol and Eurojust. Judicial authorities in eight EU countries supported the action.