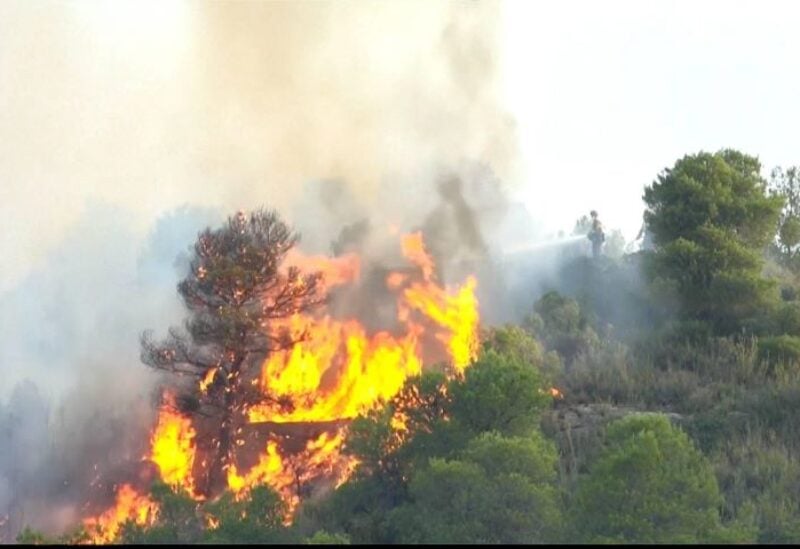 Even as light rain provided some respite to Malaga province, firefighters were on Monday afternoon still struggling to contain the deadly blaze that forced about 2,600 people out of their homes.

Some of those displaced have returned to their homes and there were more positive signs on Monday.

“The evolution over the past few hours show hopeful signs but we have to remain prudent,” fire brigade chief Juan Sanchez said.

He warned the public that the “rain will not put out the fire”.

“But in places where we have it under control, it will help shorten the time to extinguish it completely,” he said.

Hundreds of firefighters and soldiers, backed by some 50 water-dropping planes, have been tackling the blaze in the Sierra Bermeja mountains, which has destroyed about 8,000 hectares of forest.

It broke out near the popular Costa del Sol resort town of Estepona.

A 44-year-old fireman died on Thursday, while two were injured after falling on Sunday.

“We have been talking for a long time about the consequences of rural area depopulation, climate change and other phenomena. Today we are experiencing them,” Mr Sanchez said.

Greece, Turkey and Cyprus are among the Mediterranean countries to have also suffered from devastating summer wildfires, which have been blamed on climate change.