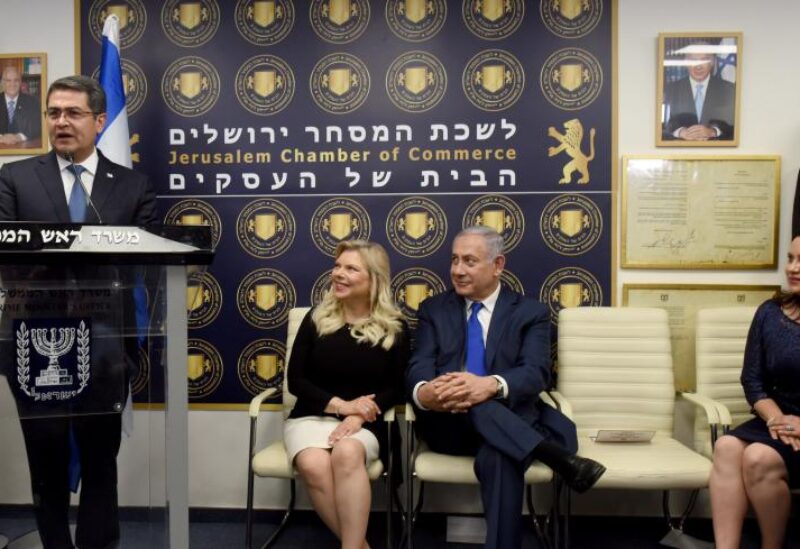 As part of the exerted efforts to boost ties with the Jewish state, Honduras transferred its embassy in Israel from Tel Aviv to Jerusalem.

The central American nation has already opened a commercial office in Jerusalem, breaking a decades-long policy of neutrality in the Israeli-Palestinian conflict.

“I am here today with our delegation to inaugurate the Embassy of Honduras in Jerusalem, the eternal capital of Israel,” Hernandez said.

“I sincerely wish that the next president of Honduras, no matter what party he is from, maintains this decision. I will fight for this.”

Hernandez’s attendance at the inauguration was “testimony to the deep friendship and bond between the Jewish state Israel, and the people and state of Honduras you lead”, Bennett said.

Israel is set to open a diplomatic office in Tegucigalpa, Honduras’s capital.

Bennett thanked Honduras for “consistently standing by Israel in international institutions when it wasn’t always popular, and sometimes paying a price”.

“This is the proof of friendship,” Bennett said.

Earlier this month, Hernandez said moving the embassy to Jerusalem would benefit his country’s agriculture, innovation and tourism sectors.

Prior to the ceremony, the foreign ministers signed memorandums of understanding on cooperation in agriculture, water, health, education and innovation, Bennett’s office said.

Honduras has had difficulty obtaining Covid-19 vaccines to control a pandemic that has overwhelmed its hospitals, but in February it received 5,000 Moderna jabs donated by Israel.

The country has the second largest Palestinian community in Latin America, after Chile.

Honduras joins a small but growing number of nations with embassies in Jerusalem, following the example of the United States, Kosovo and its neighbour Guatemala.

The status of the city remains one of the biggest flashpoints in the long-running Israeli-Palestinian conflict.

The Palestinians claim Israeli-annexed east Jerusalem as the capital of their future state, and most countries have kept their embassies in Tel Aviv.