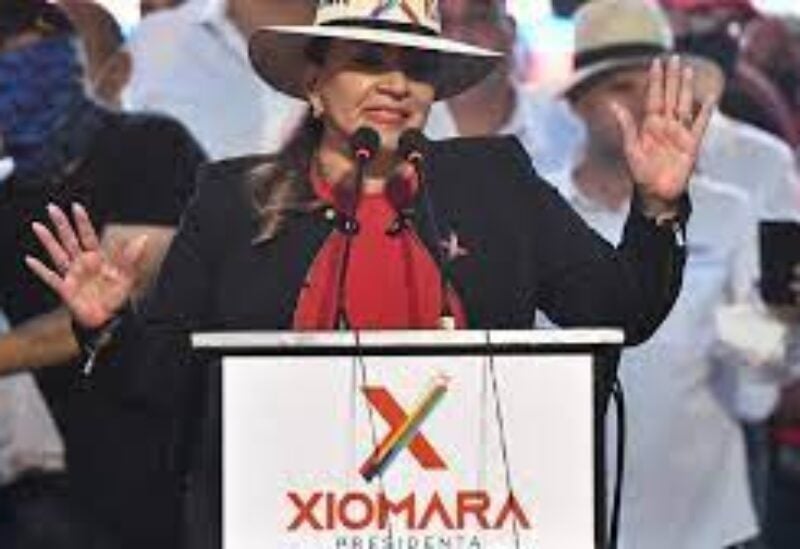 Candidate for the Liberty and Refoundation Party (LIBRE) in Honduras, Xiomara Castro won Sunday’s presidential elections, defeating The ruling National Party
With over half the votes counted, Castro had 53% support compared to her rightwing rival Nasry Asfura’s 34%, according to the National Electoral Council.
“I congratulate her for her victory,” Asfura said in a statement. “I hope that God illuminates and guides her so that her administration does the best for the benefit of all of us Hondurans, to achieve that development and the desires for democracy.”
Asfura’s recognition comes as a relief to many Hondurans who had feared another contested election similar to the 2017 debacle that sparked protests in which 23 people died.
Castro’s victory puts an end to 12 years of National Party governance. Popular discontent aimed at this government peaked in the second term of outgoing President Juan Orlando Hernandez, who has been embroiled in a US drug trafficking scandal.
Castro’s husband and general coordinator of LIBRE, Manuel Zelaya, was President of Honduras from 2006 to 2009, when his government was ousted in a civilian-military coup.
The new Castro government will face major challenges, including an unemployment rate of above 10% and extortion and violence prepetrated by street gangs. Northern Honduras was also devastated by two major hurricanes in 2020.
What did the US say about the Honduras election?
US Secretary of State Anthony Blinken said Washington was “looking forward” to working with Castro.
“We congratulate Hondurans for the high voter turnout, peaceful participation, and active civil society engagement that marked this election, signaling an enduring commitment to the democratic process,” Blinken said.