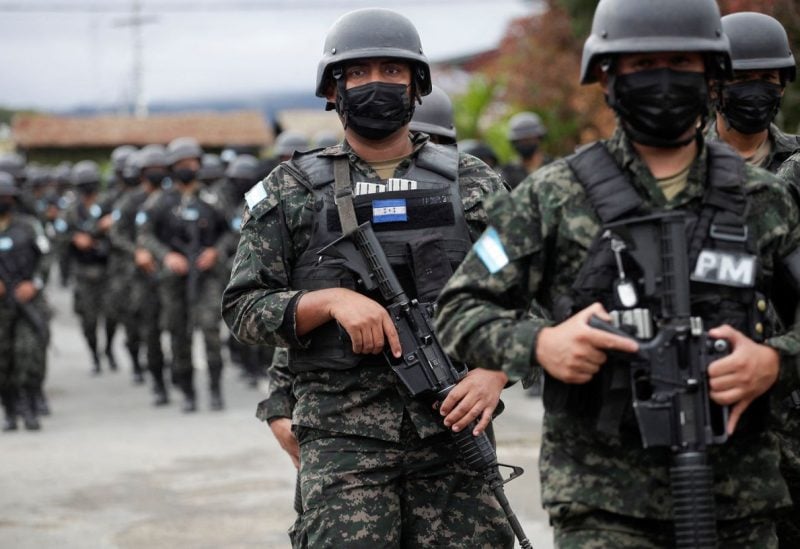 Members of Honduras' military police prepare to be deployed at the border, after President Xiomara Castro declared a national security emergency, implementing a new plan to combat a rising number of cases of extortion by violent criminal groups operating across the country, in Tegucigalpa, Honduras November 27, 2022. REUTERS/Fredy Rodriguez

Honduras’ government announced on Saturday that it will suspend some constitutional rights in two major cities controlled by criminal groups.

The rights would be suspended as part of a 30-day national security emergency that would take effect on Tuesday in some of the poorest areas of the capital, Tegucigalpa, and the northern city of San Pedro Sula.

“The partial state of exception will enter into force on Tuesday, December 6 at 6pm for thirty days, to promote the gradual activity of economic development, investment, commerce and in public spaces,” the country’s security secretariat said in a statement.

The cities have been struggling with a so-called “war tax”, in which gangs offer protection or say that those who pay up will not be killed. The gangs have torched buses and killed drivers who did not pay the fee, prompting businesses and people to pay out of fear.

The measure, which is expected to be endorsed by the council of ministers, is part of President Xiomara Castro’s plan to deal with violent gangs.

This extortion generates annual profits equivalent to $737 million for the gangs, nearly 3% of the country’s gross domestic product, according to the Association for a More Just Society, a security-focused non-governmental organization.